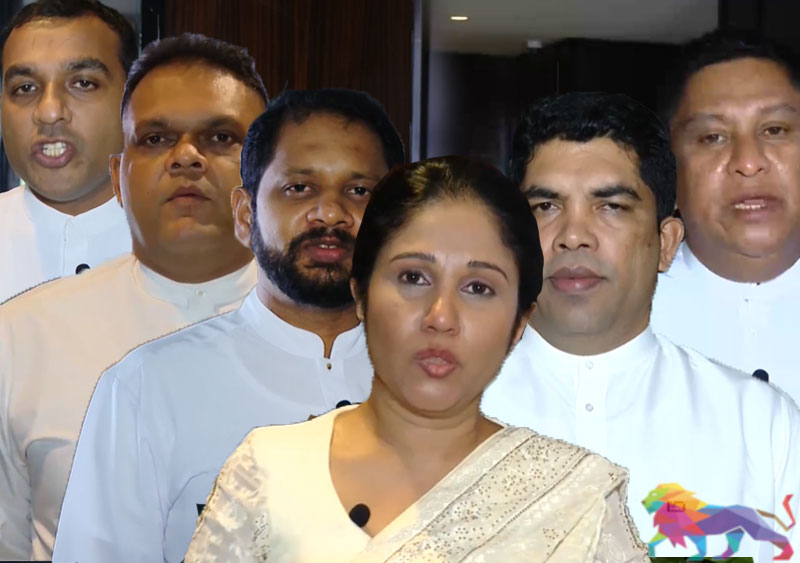 The working committee of the Samagi Jana Balawegaya (SJB) has unanimously denounced the country having to maintain a massive cabinet and state ministers.

With SJB leader Sajith Premadasa at the chair, the yesterday’s (08) meeting criticized the wastage of public money in this manner at a time when the nation was in economic crisis, according to one of its members.

This arbitrary and unethical appointment of 37 state ministers should not have taken place in a severely bankrupt country, he said.

Their cost of maintenance is unbearable and will only take the country further into the abyss.

It only shows the government is back on its old and customary path, said the SJB WC member.

In the meantime, the Government Information Department said in a statement the state ministers will not accept any privileges. 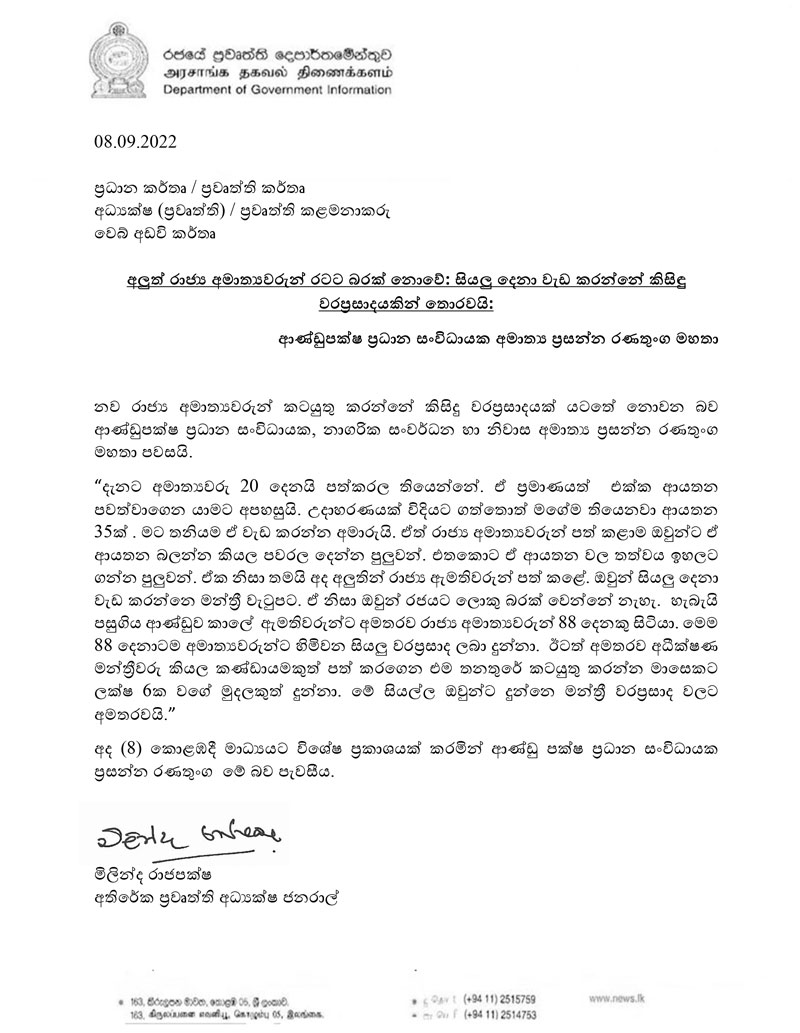 Signed by its additional director general Milinda Rajapakse, the statement quoted them as having told the media that they would not need salaries or privileges to support the nation-building programme of president Ranil Wickremesinghe.

The state ministers will extend their maximum support to the line ministries as their foremost task at the moment is to bring about economic stability, it added.