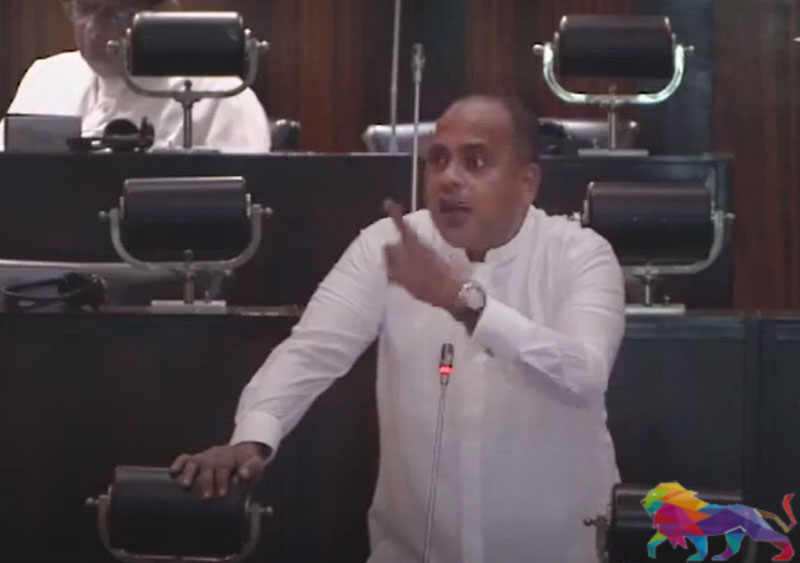 While calling for punishment to these corrupt politicians, he said that it was unacceptable that actress Damitha Abeyratne had been arrested.

“Sanath Nishantha who attacked the protestors, Shasheendra Rajapaksa who is blamed over the fertilizer shipment payment, the person who threw chili powder in the House and also the one who said cannabis should be promoted - all these take oaths as state ministers. The one who is responsible for the murder of Buddhist monks at Arantalawala too, will be sworn-in,” he alleged.

While Damitha Abeyratne gets arrested for protesting, Father Jeevan who was beaten up during the protests gets arrested, the attackers remain free and those who led them receive portfolios, he said.

“The very people who made this country bankrupt are today taking oaths as state ministers.”

While they enjoy privileges, the low-income people who had only two meals a day, just manage to have one meal a day now.

“The conceited person named Gotabaya Rajapaksa destroyed this country. This set of people went and welcomed him. He should be in prison. He is not a president who completed his term and retired with dignity. He fled the country. On what basis is he given official residences, official vehicles, official bodyguards by using state tax revenue?”, he asked.