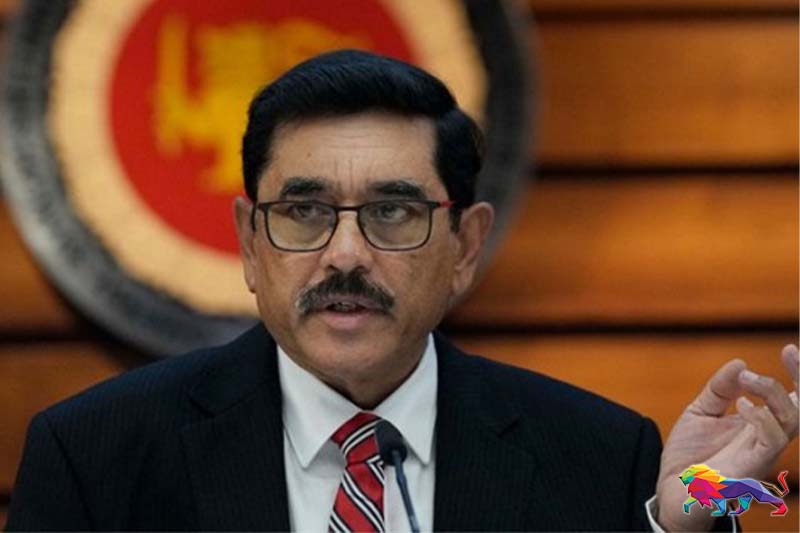 He makes the accusations in response to what the CBSL governor said during a discussion with MPs on the economy at the parliamentary complex on August 30.

In a letter dated two days earlier, Samarasiri surmised what the governor would say at this particular dialogue.

The former deputy governor briefly responds to the ideologies expressed and lies told by the governor, based on his replies to the questions raised by the opposition leader and MP Gevindu Kumaratunga.

Samarasiri charges the said discussion had taken place in violation of parliamentary traditions and gone against the committee process.

It is improper to have a dialogue with a state official in the chair, while the MPs are seated beneath him, since technical workshops for MPs should take place as a training session outside the parliamentary complex, at a hotel or a hall.

By holding this dialogue, the CBSL governor has assumed a position higher than the opposition leader and the MPs and dishonored their privileges, Samarasiri alleges.

The governor has also given incorrect replies, to several questions raised by the opposition leader, which bear no basis economically.

Contrary to what the governor has claimed, a contraction of the economy alone cannot help it revive from a crisis, since a solution should be decided in consideration of the particular nature of the crisis.

A contraction of the economy is done to control inflation which is the result of a continuous overall demand higher than the production ability.

Raising interest rates and steadying the economy will control the growth of the overall demand, leading to a lower economic growth and a higher unemployment.

Developed countries contracted their economies in the post-covid period to control inflation, which is suited for them, but they did not firm up their state financial policies, and instead increased granting cost of living relief and state finances.

If the crisis relates to finances, an economic expansion is done by expanding state finances and financial policies to prevent inflation and a decline in overall demand.

Secondly, there is no theory other than limiting capital expenditure and raising recurrent expenditure without changing the capacity of state expenditure to boost the economy.

However, a theory to expand state expenditure to come out of an economic contraction is recognized the world over and was adopted during the 2020-21 global coronavirus pandemic.

Thirdly, saying that Sri Lanka has no option other than seeking the IMF’s assistance is an answer devoid of any knowledge on basic economy.

The result will be a further contraction of the economy, thereby making a majority of the people in poverty and malnutrition.

Saying that there is no option other than the IMF is a statement made in violation of the law since the Finance Act spells out the tools and powers that could resolve an economic crisis of any nature.

Fourthly, Sri Lanka’s economic crisis is a crisis of high inflation, debt, foreign exchange and unemployment, and both the economy and the people suffer further if state finances and policies are steadied to make the economic contraction worse.

The economic crisis is mainly attributable to an economic contraction and a shortage of supplies that worsened due to the global pandemic and the foreign exchange crisis.

Therefore, its resolution needs a continuous economic adjustment package for several years together with an expansion of the state finances and policies.

In reply to a question on halting the payment of foreign debts without approval by parliament, the governor has intentionally lied to parliament when he said the former secretary to the president had called for a debt restructuring.

The debt servicing announcement by the governor with the finance secretary present on April 11 with a claim of it being done as a soft defaulting that prevented a severe defaulting, was an attempt to wash his hands off from matters and place the blame elsewhere.

Samarasiri notes that both had been appointed on an expert recommendation that they were the only persons capable of resolving the economic crisis.

On September 02, the then finance minister Ali Sabri told parliament that the decision on debt defaulting was taken on a suggestion and advice by the governor, but that he was prepared to step down while the governor should remain, is unacceptable as it is a matter of violation of the constitution.

If the decision had actually taken at the governor’s insistence, he should be investigated for aiding and abetting such an act and for not making the government aware about such an imminent risk.

The debt restructuring process was introduced and applications called from international financial advisors on April 09, which was only the second working day for both the governor and the finance secretary.

This shows the two had accepted their positions on the basis of defaulting foreign debt, debt restructuring and seeking IMF assistance.

The historic seven per cent increase in interest rates is yet another part of the same package.

While accepting MP Kumaratunga’s view on finance control by parliament, the opposition leader surmised the governor had good intentions when he decided to default on foreign debt.

It is against the law to do so, as it had been done outside the relevant laws and as a mere personal opinion.

The governor has made false and irresponsible remarks with regard to not restructuring local debts.

It is statistical that such debt has already been restructured on real terms, while the amount of rupee loans and the repayment period do not change if such loans are calculated in dollar terms and taken as a percentage of total borrowings.

It is also incorrect to describe as debt restructuring the lowering of real local debts by adjusting it with the drop in the ability to purchase consumer goods and services.

Taken in the present context, no need arises for a restructuring of local debt.

Making several recommendations, the former deputy governor of the CBSL says the president is empowered to act as per clause 16 (c) of Finance Act and decide on the governor’s suitability to remain in office.

His economic model to come out of this crisis is to further contract the economy, which is a disqualification under clause 16 (b) of the Finance Act.

P.Samarasiri is a former Deputy Governor of the Central Bank.