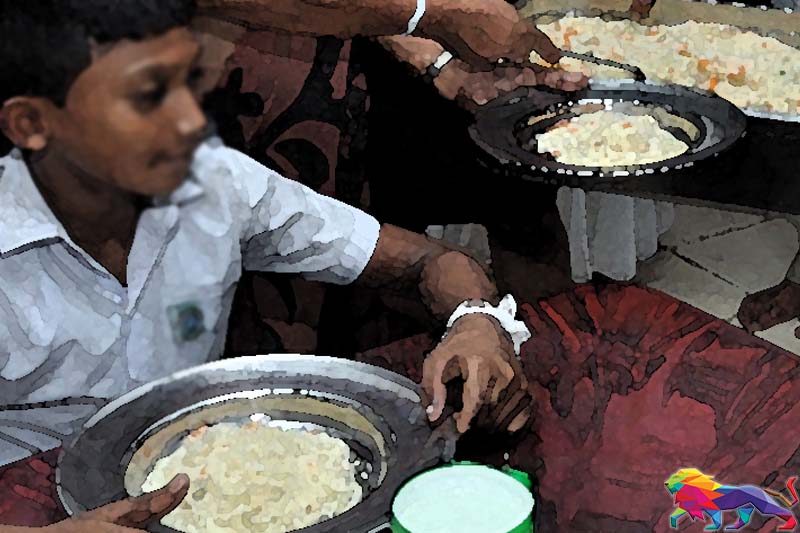 Five teenage boys have been made to kneel down and later handed over to the police after they were found to be uninvited guests eating at a wedding a Weligama town hall.

The students of a nearby school and aged between 12 and 17 years, they had gone there at the bidding of the cook at the function.

After being informed by the town’s mayor, police took them to the station and released them a few hours later.

One of the boys said even previously, they had eaten the leftover at weddings.

On this particular occasion, it meant trouble for them, as the mayor and several others had scolded them and made them kneel down near a staircase until the police came.

They felt ashamed as a large gathering was present, the boy said, adding the police took them to the station and were released to their parents three hours later.

Mayor Yamuna Kanthi claimed the group were not children, but persons who had come to steal food.

This incident occurred in the light of latest World Food Programme statistics which show that 6.3 million Sri Lankans are food insecure and 6.7 million people are not consuming adequate diets.

The WFP’s Situation report for August says these numbers could mount even further without urgent intervention.

The report says Sri Lanka’s inflation for August accelerated to 64.3 percent and food prices have risen by 93.7 percent after excess money printing that led to exceeding inflation.

The WFP has received 21.35 million US dollars from the governments of Australia, Italy, Japan, New Zealand, Norway, and Switzerland, as well as from the UN Central Emergency Response Fund, private sector partners, and multilateral donors, which represents 34 percent of its emergency appeal for 63 million dollars.

The WFP adds that food and nutrition security is expected to deteriorate further during the upcoming lean season, between October 2022 and February 2023, if the country is unable to import adequate amounts of rice and other food products to cover its food deficit.