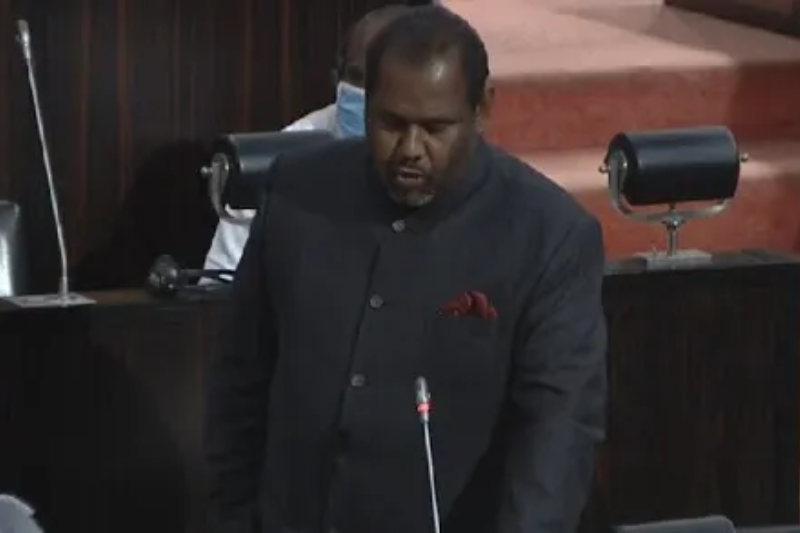 The presence of a disproportionate military presence in the Tamil areas of the North and East of Sri Lanka make them even more vulnerable as the country struggles to wriggle out its economic woes, GajendraKumar Ponnambalam Jaffna district MP has told the parliament.

Stating that any ‘deal’ with the International Monetary Fund (IMF) should ensure to reduce the impact of the current crisis on the poor and vulnerable by rising social spending and by improving the coverage and targeting of social safety net programmes - the Jaffna district MP and leader of the Tamil National People’s Front said in parliament during the debate on the interim budget.

A mini budget was presented by president Ranil Wickremesinghe as the finance minister while the the International Monetary Fund arrived at a staff level agreement to provide Sri Lanka $2.9 billion over four years to help salvage the debt ridden country from its worst economic crisis.

Condemning the government over its military spending, the TNPF leader questioned if the economy could grow with such a huge army. Quoting data, he said out of the 20 odd divisions of the Sri Lanka army, 16 are based in the North & East.

The huge military presence in the North and East makes the lives of the war-affected Tamils even more difficult, he said.

“You have a strangulating presence, a suffocative presence, an oppressive presence, an occupational presence of the Military. In the North, for every 14 civilians you have one military personnel,” he told the parliament.

The military present in the Tamil areas is accused of heinous crimes he further said and went on the say “they already feel extremely vulnerable because the people they know committed those crimes already live amongst them”.

Expressing his worries about the vulnerable and the poor, if the reforms suggested by the IMF are to be carried out, he said they must be buffeted or protected, if not they will suffer far worse than their present situation.

According to him, the pauperisation of the Tamils did not start with the present economic crisis but happened much before which led to the ethnic conflict. With over 90,000 war widows in the North & East, he sought an answer from President Ranil Wickremesinghe on the impact on the economy of the people of the North & East once the IMF reforms are to be implemented.

“But very unfortunately from the statement that the IMF has issued that does not seem to have been any discussion with regards to restricting the Military”, he observed.

Commenting further Ponnambalam said, the military of the country is so huge in its structure that nearly 20% of the budget was allocated for the defence sector, while for health and education together it was just 10%.

Financial experts have pointed out that with the rupee being devalued to such low limits, the budget allocation for the defence will be more in the coming years, otherwise, the govt can’t sustain the military.

The 2 MPs of TNPF and 3 from National People Front were the only lawmakers to oppose the interim budget. The bill was passed by a majority of 115 votes with the rest of the opposition abstaining.