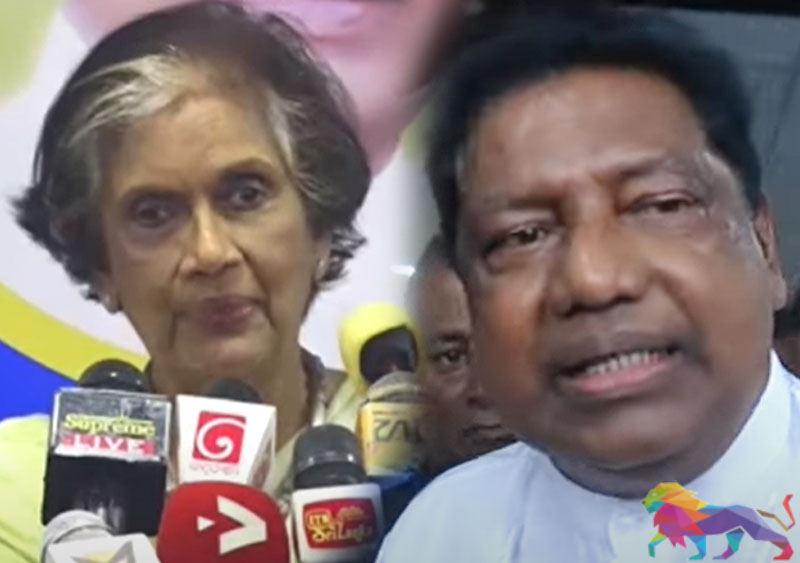 Democracy has died within the Sri Lanka Freedom Party which had the maximum internal democracy in the post-independence period, said former president Chandrika Kumaratunga yesterday (05).

The SLFP’s policies too, have been destroyed, Kumaratunga charged, adding that she would work for its policies and the people who had safeguarded the party, which mattered to her.

The ex-president was speaking to the media after a function where the New Lanka Freedom Party (NLFP) led by MP Kumar Welgama opened its head office in Battaramulla.

The incumbent chairman of the SLFP is insane and the party now comprises a pack of lunatics, she charged.

Welgama is prepared to support president

Earlier, Welgama told the gathering that he was prepared to fully support president Ranil Wickremesinghe.

“I told the president that those top people would not allow you to go on this journey and disrupt you. They are full of hatred and jealousy because you became the president.”

Also, I told the president very kindly to go slow these few days, Welgama said, adding that Wickremesinghe would get the opportunity to send the Rajapaksas packing home after February 25.

“Go for an election then. All our leftist parties will fully support him,” he added.