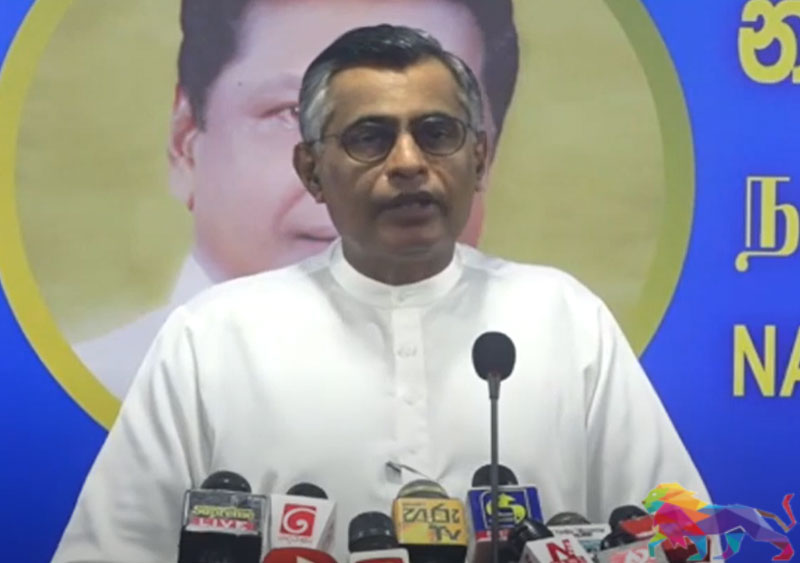 Creating a new and moderate path by independent forces within parliament without giving into leftist or rightwing slogans has become the need of the hour, said leader of the 43 Brigade Patali Champika Ranawaka.

Former president Chandrika Kumaratunga was the chief guest on the occasion.

Speaking further, MP Ranawaka said the country has been bankrupt since April 02.

He answered persons like Basil Rajapaksa who claim trouble began only after bankruptcy was announced, without which the country could have been saved.

Country was not told the truth

Actually, the trouble was the country was not told the truth, he said.

“Without telling the truth, they said they had enough dollars, enough rupees. 100,000 kms of roads will be carpeted. 350 kms more of expressways will be built. One task each will be carried out in 14,000 villages. Each divisional secretariat area will have 100-unit apartment complexes. Such was the talk we heard.”

The country’s building industry has now been levelled to the floor and 600,000 jobs lost, Ranawaka said, adding that the major housing and other projects he had launched in Colombo city have come to a halt.

They include the rail project between Malabe and Colombo, the biggest multipurpose transport centre in Battaramulla and rail transport services from Kadawatha via Ragama and from Piliyandala with 0.1 per cent Japanese aid.

People are left without a way of living

Today, people are left without a way of living, he said.

The parliamentarian went on to say that it is not the persons who staged protests, went in processions or were at President’s House who should be arrested, but the politicians and ministry officials who made the country bankrupt and dragged 5.5 million families onto the streets.

A major people’s struggle sent the Rajapaksas home, but attempts are being made now to reverse that struggle, just like gazettes were reversed, he said.

Today, the country needs a middle path free of extremism, just like what the late S.W.R.D. Bandaranaike did in 1951 by forming the SLFP and made a big political revolution and ushered in social welfare.

He wished the NLFP will have the ability, strength and courage to build a new political path with independent forces in parliament.