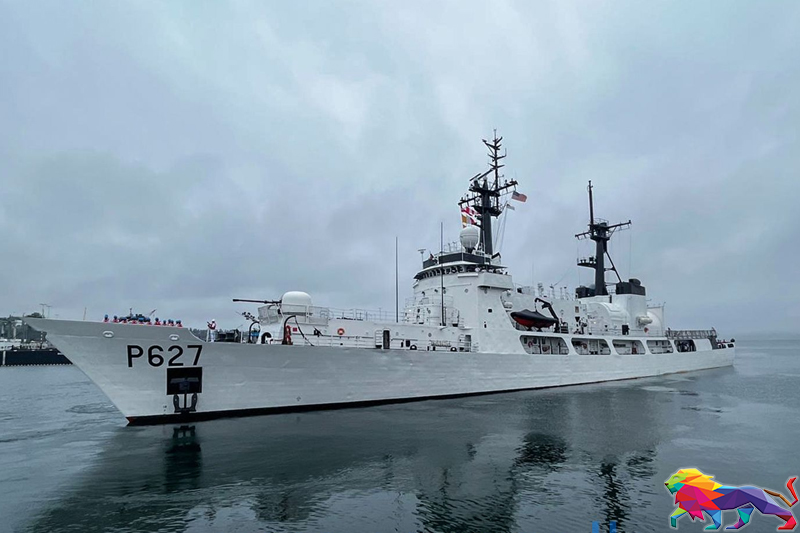 The Offshore Patrol Vessel P 627, which was formally handed over to the Sri Lanka Navy by the U.S. Coast Guard in October 2021, departed for Sri Lanka from the Port of Seattle, United States on 03rd September 2022.

The home bound journey began, after the modernisation work of the ship to suit the operational needs of the Sri Lanka Navy.

Sri Lanka Navy officially took delivery of the EX-United States Coast Guard Cutter, USCGC Douglas Munro, provided by the United States, on 26th October 2021. Subsequently, she was designated with the Pennant Number P 627 in SLN Fleet and is scheduled to be commissioned after her arrival in Sri Lanka.

Further, she has been designed for 187 of the crew and is equipped with weapon systems and modern machinery.

Upon official taking over of the ship, she underwent certain modernisation with devices and equipment, to suit the operational needs of the Sri Lanka Navy. Intending to join her home port, P 627, led by Sri Lanka Navy crew, set sail from the Port of Seattle at 0900hrs on 03rd September 2022.

After a long sea voyage spanning about 02 months, P 627 is expected to arrive at the Port of Colombo in the first week of November 2022 and during the passage from Seattle to Colombo she will make port calls at Honolulu in Hawaii, Apra in Guam, United States, Manila in Philippine and Changi in Singapore for replenishment and services.

In the same vein, SLN received SLNS Samudura (P 621) and Gajabahu (P 626) the Offshore Patrol Vessels from the U.S. Coast Guard on previous occasions with a view to strengthening and developing partnerships to overcome common maritime challenges at sea.

The delivery of P 627 will also be a symbol of further consolidation of such partnerships and camaraderie.