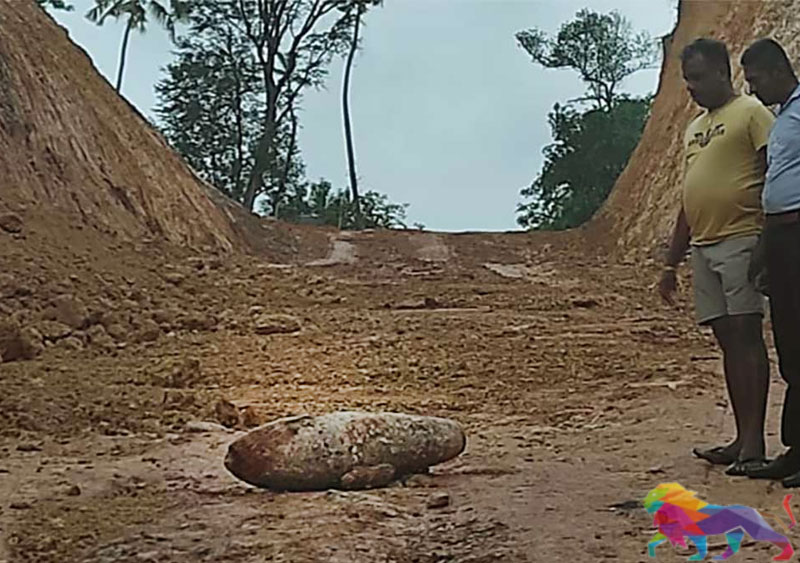 Several houses in the vicinity were extensively damaged when the STF defused a bomb believed to belong to the Second World War era in Dodangoda.

The anti-aircraft mortar bomb was found at a private land in Nagoda on August 30.

It was taken to a quarry at Dodangoda two days later and defused, but shock waves, coupled with a resultant rain of pebbles, shattered the entire area.

The shock was felt 10 kilometres away, and the debris had fallen onto houses located in a distance of one km.

People of the area were unware that a bomb was being defused, and first thought either an earthquake or a bomb blast had taken place.

One person sustained injuries, while many houses were damaged considerably.

People were left with a mere apology by STF officers who visited them later.

This incident has made life worse for the people, who have been facing environmental, health and numerous other hardships due to the presence of quarries in the area.

In Manilla area alone, 27 quarries are run by ICC, CML and RR companies which have left the area blanketed with a poisonous mist that harms the lungs.

All houses in the area have cracks in the walls.

People are forced to use water contaminated by ammonia and tar being discharged by the quarries.

The bomb was defused in an area that witnessed two major earth-slips on September 15, 2019, which badly damaged a school and buried an animal farm.