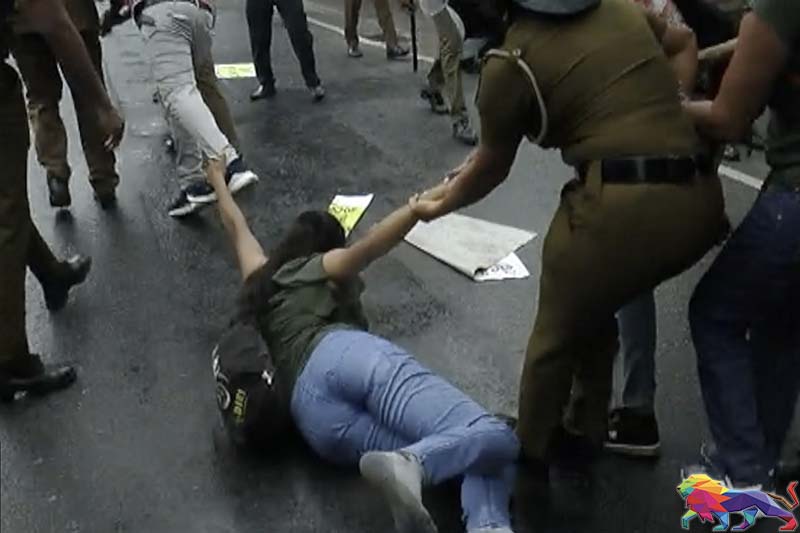 Twenty-five students have been taken into custody during a protest by the Inter-University Students Federation in Colombo yesterday (30) afternoon, according to police media spokesman SSP Nihal Thalduwa.

Police used water cannons and tear gas to disperse the protestors near Deans Road in Maradana.

The IUSF, together with trade unions and people’s organizations, held the agitation against “repression by the Ranil-Rajapaksa junta.”

Participants demanded an end to the repression unleashed through the use of the Prevention of Terrorism Act and also freedom for remanded IUSF convener Wasantha Mudalige, Ven. Galwewa Siridamma Thera and Hashan Jeevantha Gunatilake.