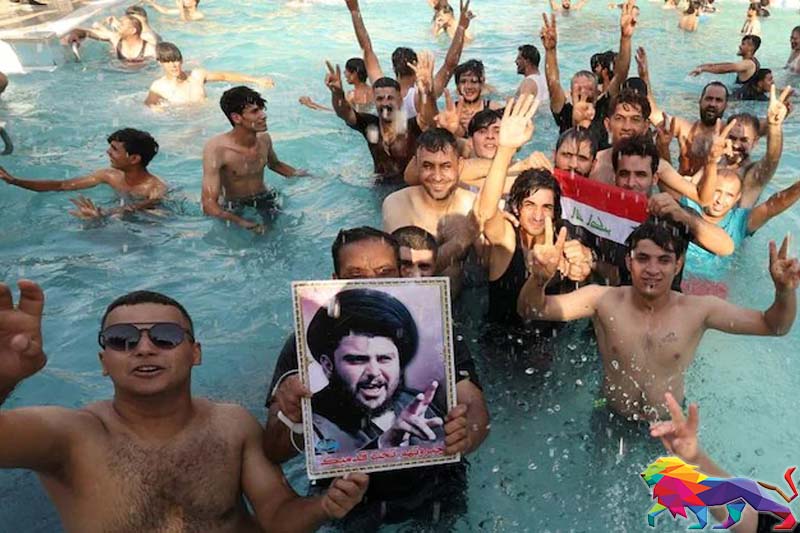 A couple of months after economical and political turmoil in Sri Lanka, similar unprecedented sights emerged from Iraq on Monday.

In an aftermath of the gulf nation’s influential Shia leader Moqtada al-Sadr announcing his retirement from politics, his followers took the law and order captive while taking out protests on the streets of Baghdad.

Plenty of clashes were reported between Moqtada al-Sadr’s supporters and rival groups, while the forces had to use tear gas to disperse the hooligans. At least 8 persons reportedly died in the skirmish.

Amid unrest and violence, several video clips have surfaced online wherein the protesters were seen ‘capturing’ the official Presidential residence relishing its luxury.

The widely shared clips show protesters basking in the lavish swimming pool or relaxing on the poolside while clicking selfies.

Somewhat similar sights had previously surfaced from Sri Lanka on global social media after President Gotabaya Rajapaksa had fled the country after announcing his resignation.

Meanwhile, guns were reportedly fired during the clashes with both the groups launching heavy stone pelting against each other. Notably, the violent incidences took place in the Baghdad’s Green Zone, wherein various ministries and embassies are situated.