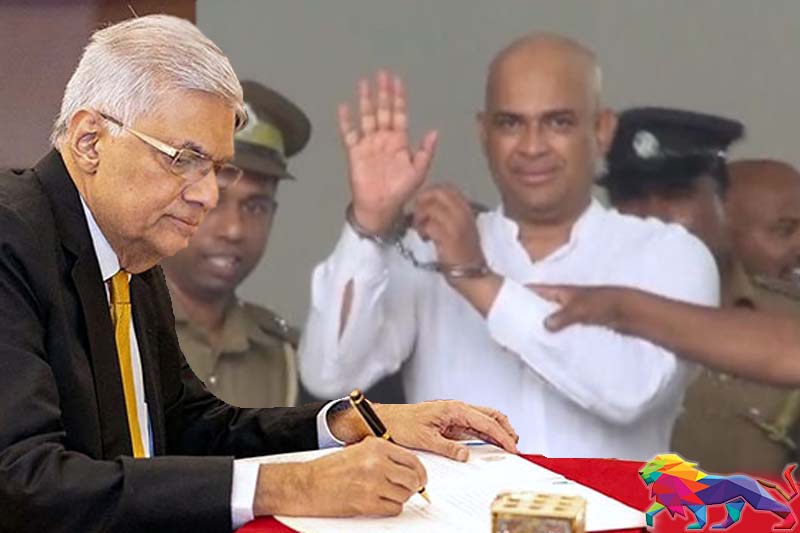 The related recommendation referred by him will be sanctioned by president Ranil Wickremesinghe, said the minister.

Submitting a sworn affidavit to the court yesterday, Ramanayake tendered an apology over his remarks that made him guilty of contempt of court.

The remarks are false and will be withdrawn, he said in the document.

He was sentenced on January 12 last year to seven years of hard labour over a remark he had made outside Temple Trees on August 21, 2017.

Comments in circulation in social media differ with regard to the sworn affidavit he has submitted.

Chairman of the Press Council Mahinda Pathriana commented that he would never fall to the level of Ranjan and go down on the knees before the court.

However, he is the one who is serving the prison term, and the decision is personal, said Pathirana on facebook.

‘Colombo Telegraph’ editor Uvindu Kurukulasuriya said in a fb posting that had he gone to prison for the same offence committed by Ranjan, he would serve the full term, but agreed that the decision was a personal one.

Meanwhile, Chinthana Dharmadasa said no one should suffer for the rest of the life for something that had been said, and agreed with Ranjan’s decision to tender an apology.

Ranjan submits affidavit to court apologising for his derogatory statements