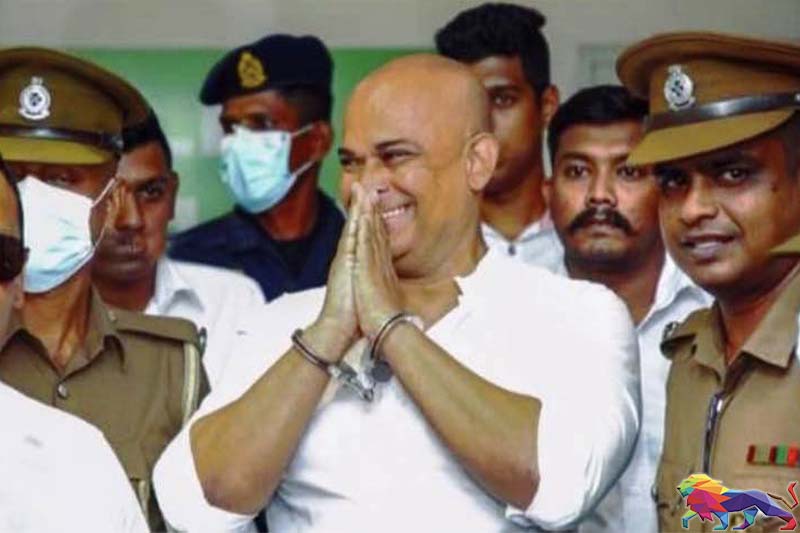 Former parliamentarian Ranjan Ramanayake who was charged for contempt of court and is currently serving his sentence, has submitted an affidavit seeking forgiveness for the derogatory statements he made against the judiciary.

Ramanayake had made statements insulting the judiciary primarily outside Temple Trees on 21st August 2017.

The Supreme Court delivered its judgement on 12th January 2021 convicting him for the offence of contempt of court and sentenced him to four years rigorous imprisonment. So far, Ramanayake has served one year of his sentence.

He also gave an assurance that he would never again, in his entire lifetime, make any statement critical or derogatory of the entire judiciary.

Ranjan to be home by Monday - Harin

Meanwhile, Minister Harin Fernando in a twitter message said that he expects Ranjan Ramanayake to be released tomorrow or on Monday (29). 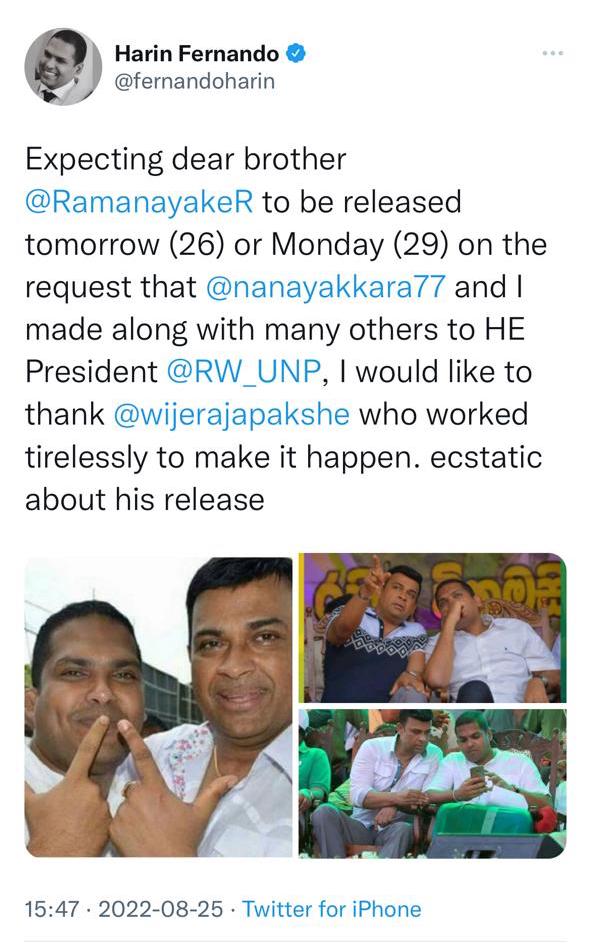 Speaking to reporters in Colombo, the Justice Minister said that if the former MP makes an apology over the charge of contempt of court through an affidavit, the authorities are of the opinion that he should be released.