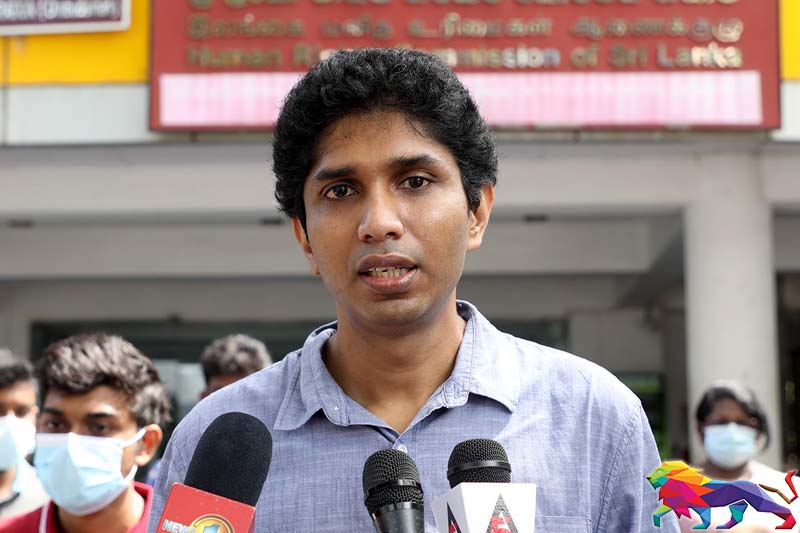 The national organiser of the Socialist Students’ Union, the students’ arm of the JVP, has been taken into custody.

Arrested by the Slave Island police at the end of a peaceful, silent protest in front of the police station this morning (22) against repression, Rangana Devapriya was later taken to the Fort police station.

Devapriya has been actively involved in the Galle Face protests.