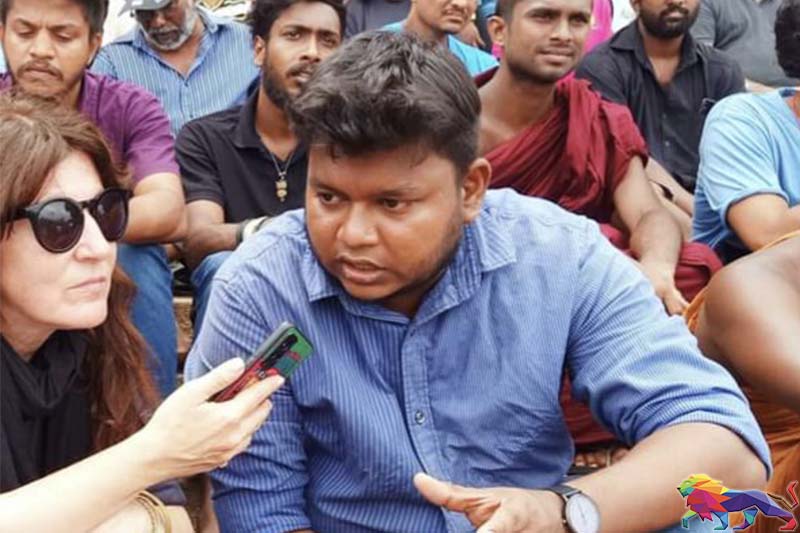 Law enforcement authorities are investigating to determine if convener of the Inter University Students’ Federation (IUSF) Wasantha Mudalige had conspired to topple the state.

He is under probe over his role on July 09 to expel the then president as well as his other past actions and the statements he has made.

Earlier, the IGP had ordered that Mudalige be handed over to the TID if he is suspected of any terrorism-related activities.

Investigators have sought permission from the defence minister to further detain the IUSF convener as well as Ven. Galwewa Siridamma Thera and Hashan Gunatilake under anti-terrorism laws.

Arrested during a protest in Colombo four days ago, they are presently under 72-hour detention and under investigation by the CID, said the police media spokesman.

Meanwhile, the UN has expressed deep concern over the trio’s arrest.

UN Special Rapporteur on Human Rights Defenders Mary Lawlor called on the president not to sign their detention order, doing so would be a dark day for Sri Lanka, she added. 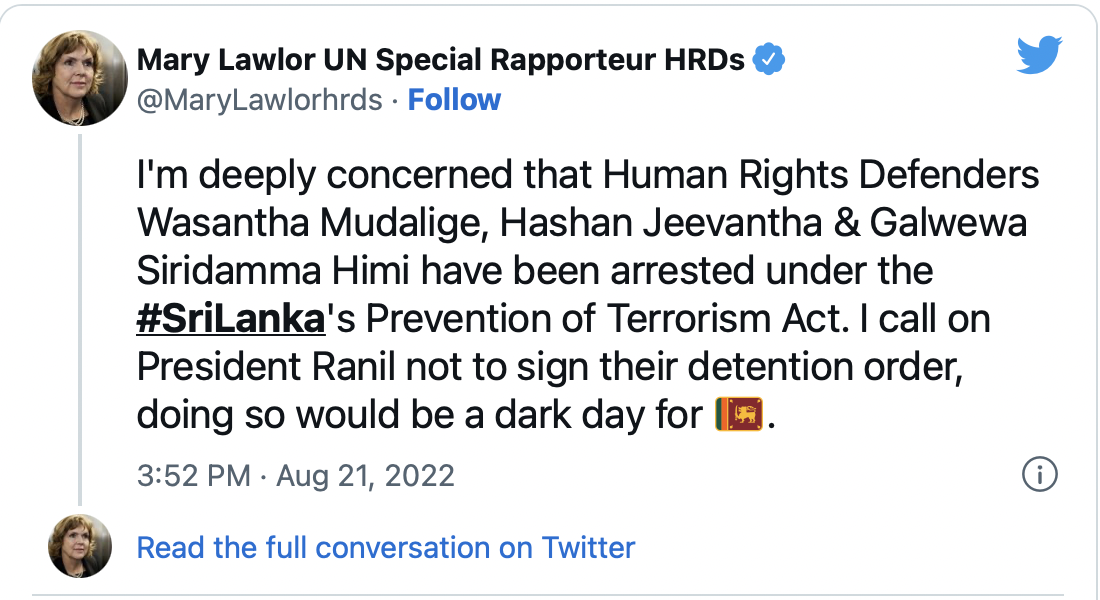