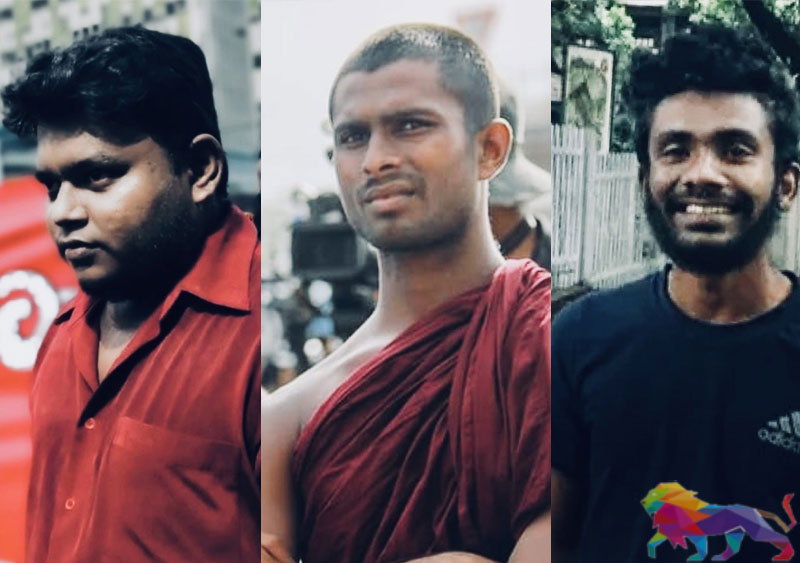 Just hours after top teacher trade unionist Joseph Stalin warned of government plans to use anti-terrorism laws to repress protestors, three arrestees have been sent behind bars on detention orders.

Convener of the Inter University Students Federation Wasantha Mudalige, Ven. Galwewa Siridamma Thera and Bhashantha Jeewantha Gunatilake are being investigated over what has transpired since April 09, the police media unit said in a statement.

The court also imposed a foreign travel ban on actor Jehan Appuhamy, who has been linked to the protestors continually.

These comes after Stalin told the media that after 72 hours of detention, the arrestees would continue to be detained with the permission of the defence secretary.

He said Mudalige would likely be accused of conspiring against the government, with the police having cited “anti-government offences, conspiracies and warrants issued” against him.

Stalin questioned if the protests by millions against their suffering could be described as a conspiracy to topple the government.

He accused the government of going against the promises it had made when obtaining the GSP+ export concession to the European market.

Continuing this facility for the island is to be taken up for consideration next year.