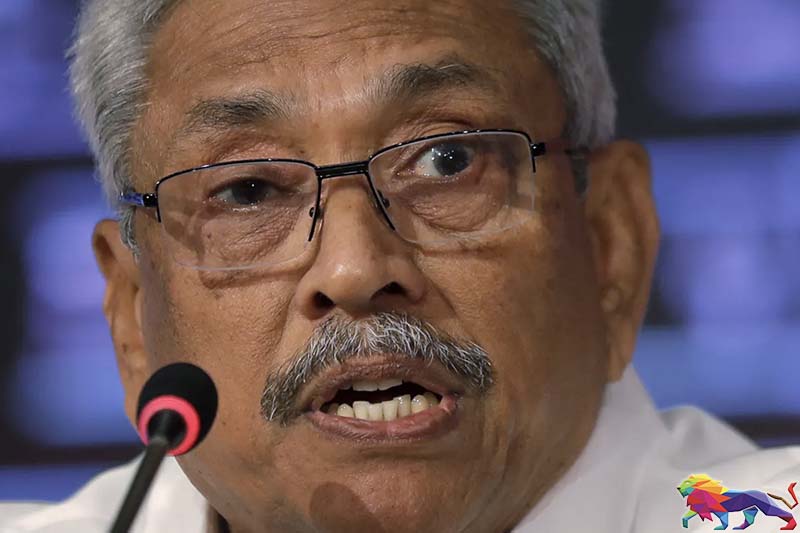 Former president Gotabaya Rajapaksa, who is set to return home at the end of this month, is to be named to parliament on the Sri Lanka Podujana Peramuna’s (SLPP) national list.

This is to be done in order to gain diplomatic validity for his safety and for foreign travel. Reports say Dr. Seetha Arambepola, who represents the Viyath Maga in the SLPP, will resign from her seat to pave the way for the ex-president’s entry to parliament.

Gotabaya fled the President’s House on July 09 in the face of strong public protests and left for the Maldives four days later by an Air Force plane, accompanied by his wife and two bodyguards.

On the following day, he boarded a Saudi Airlines flight for Singapore, where he spent nearly one month, after which he departed for Thailand on August 11, where he lives at present.

"Officially we have no role in the return. He is a citizen of Sri Lanka and can travel as he wishes," Sabry has said.

Meanwhile, SLPP MP Madhura Vitanage says his party will decide who will function as the prime minister of a future all-party government. His remark has made front page headline news in the weekend issue of ‘Anidda.’

In another development, representatives of the SLPP met president Ranil Wickremesinghe at President’s Office in Colombo yesterday (18) and requested him to make arrangements for Gotabaya’s return.

SLPP national organiser Basil Rajapaksa promised on the occasion that his party would extend fullest support to resolve the economic crisis and to build the country.

He asked that speedy steps be taken for the safe return of Gotabaya, which he described as the SLPP’s main request from the president and the government.