The Black Cap Movement (BCM), one of the parties to the ongoing struggle since its inception, has decided to leave the protest site at Galle Face in Colombo.

In a statement, the BCM’s co-conveners Vimukthi Dushantha and Hemapriya Kaviratne and secretary Akalanka Hettiarachchi said it would now launch a new campaign titled ‘Struggle 4.0’.

The candlelight vigil at Kohuwela junction on March 01 as a peaceful struggle against the then president expanded to other areas as micro protests, said the statement.

The aim of the slogan #GotaGoHome was to realize the aspirations of the dejected citizens in the face of the prevailing socio-economic crisis, it said.

The ensuing struggles on April 09 and after May 09 were examples of what citizens could achieve through nonviolent struggles, and a symbolic victory has already been achieved.

What remains to be done now is to launch another nonviolent reformation struggle to realize the undeclared agreements in the #GotaGoHome slogan, aka ‘Beyond Galle Face’, said the BCM.

That struggle within an expanded sociopolitical space together with the civil and political societies will be named ‘Struggle 4.0’, it added. 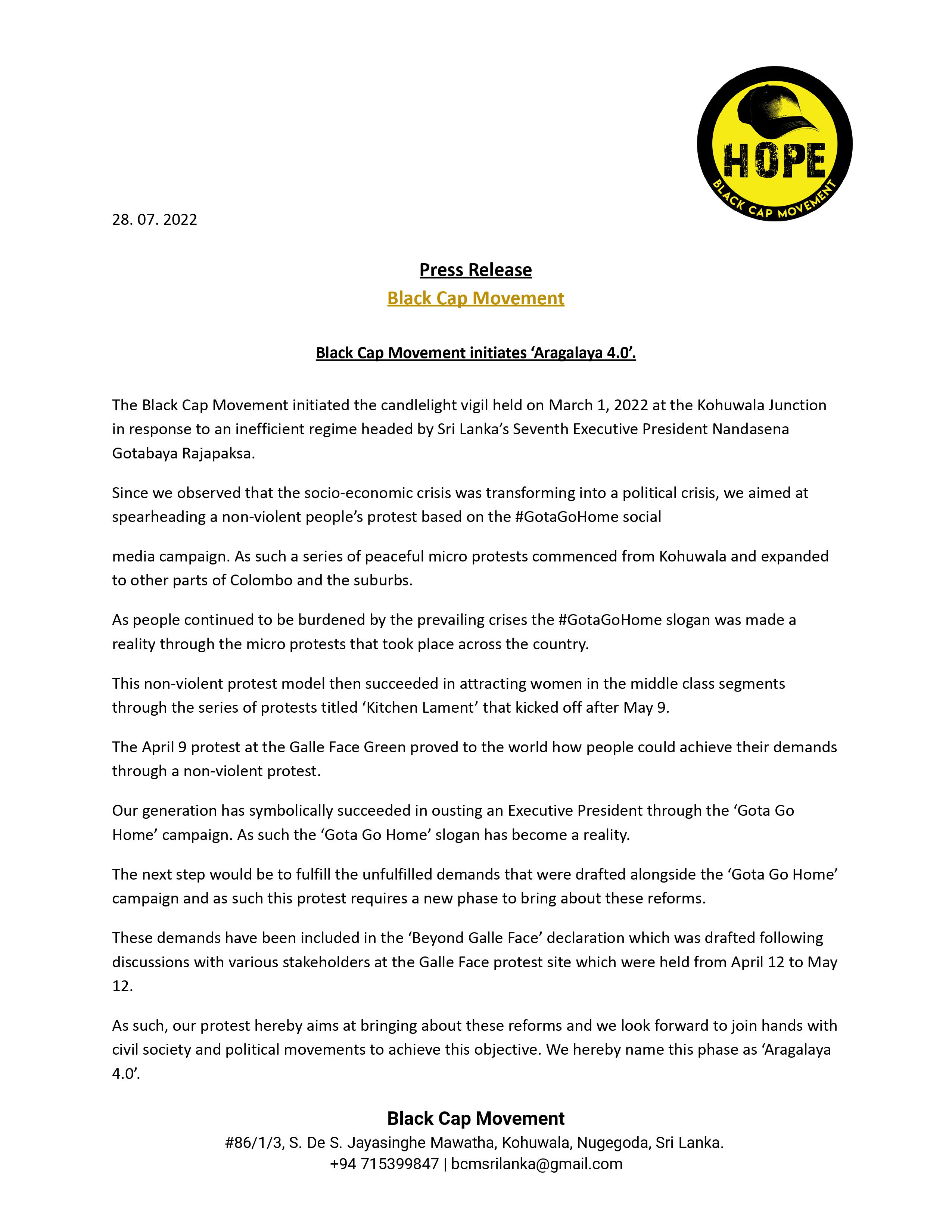 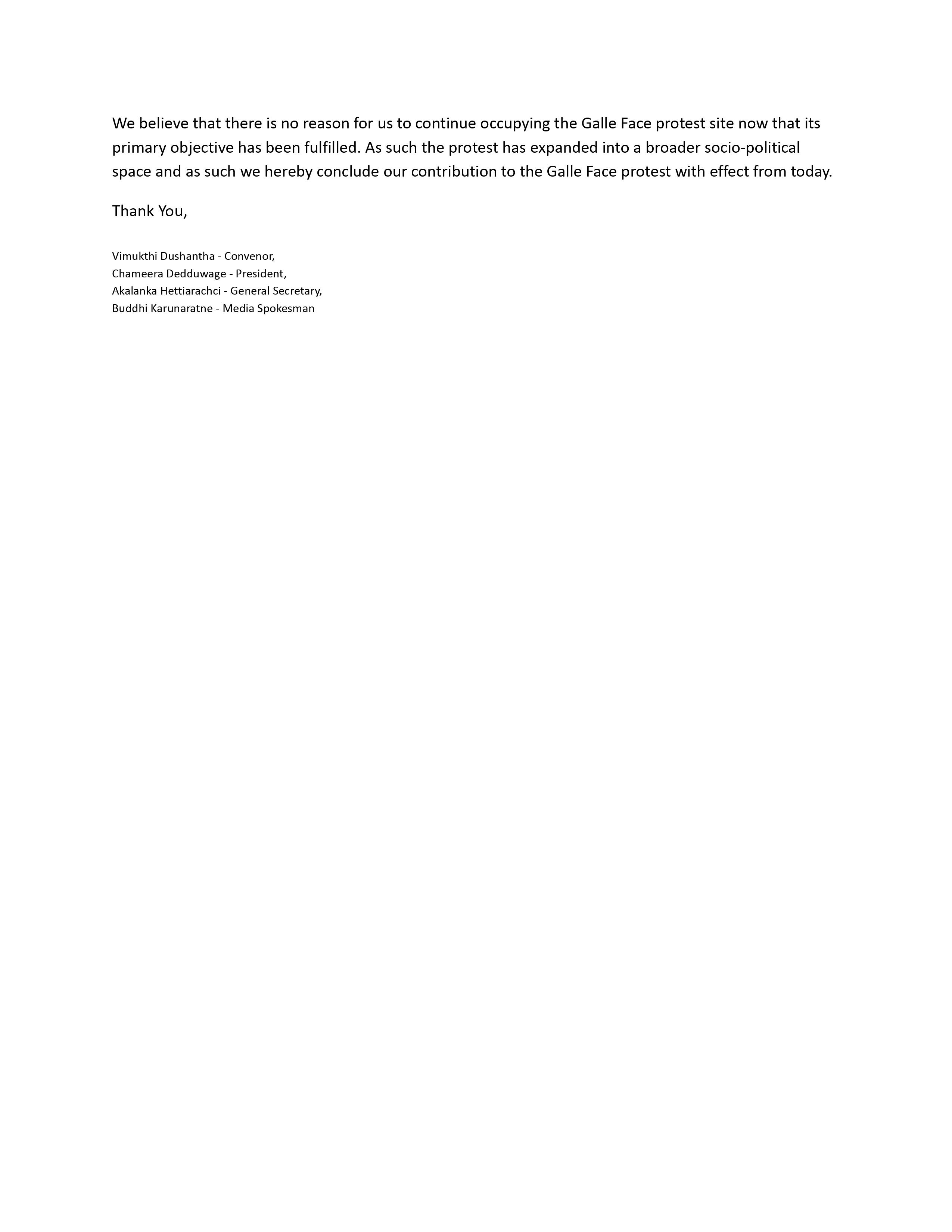