A police team in civilian clothing visited the media office of Xposure News and inquired about several of its journalists yesterday afternoon (27), said the Digital Journalists’ Collective (DJC).

In a statement, the DJC demanded an immediate halt to repression of the media by the present regime.

It claimed serious threats to journalists and social media activists such as arrests, attacks and abductions targeting them.

The most recent one being the intimidation against Xposure News, where the police showed photographs of several journalists to its security and asked before departing to inspect the CCTV camera recordings of the place, the statement said.

It added that three of the brutally attacked on-duty journalists on July 22 were from this media institution.

The DJC stressed the state’s responsibility to ensure the constitutionally-guaranteed right to freedom of expression and wanted the media to be allowed to do its duty freely. 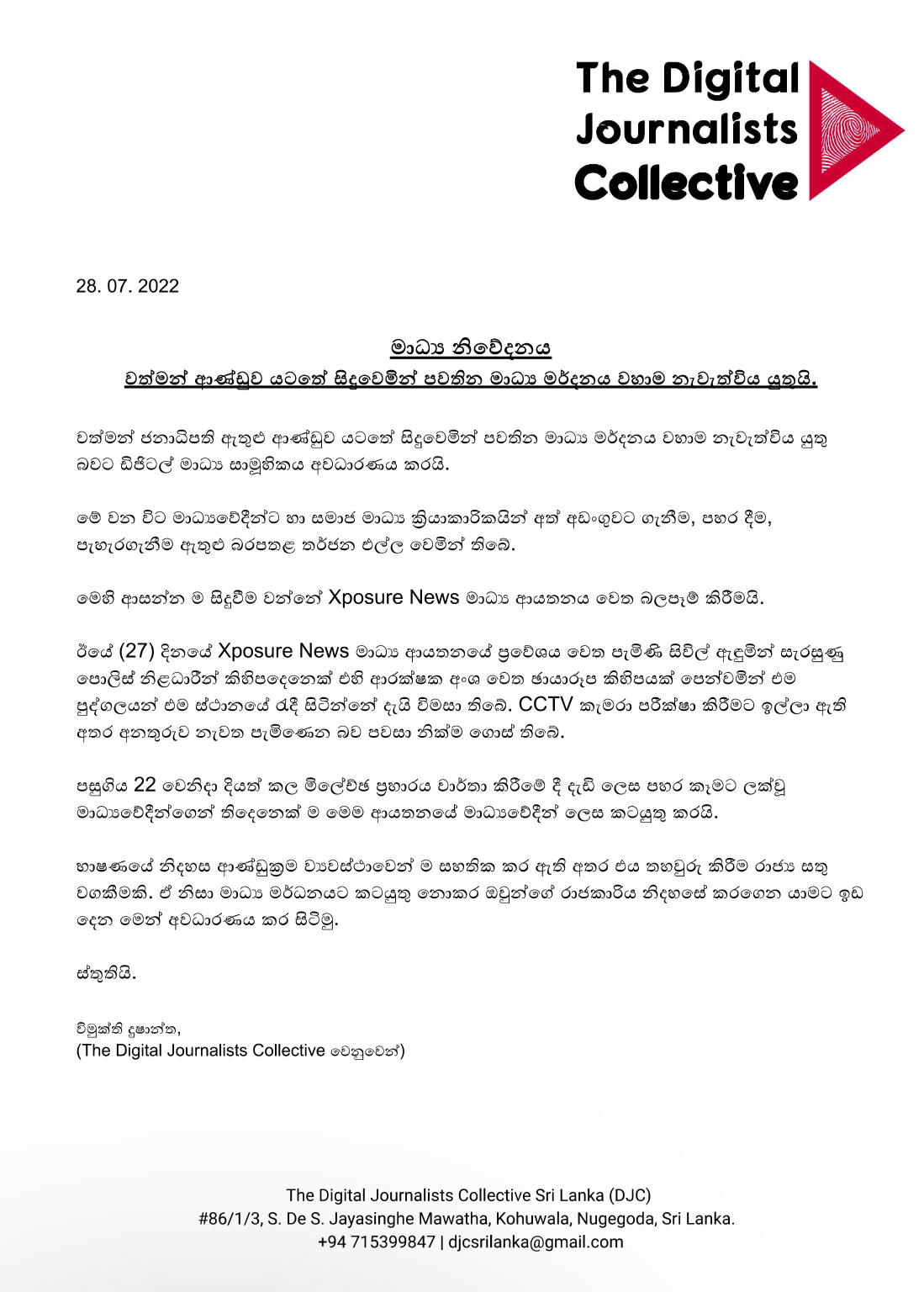