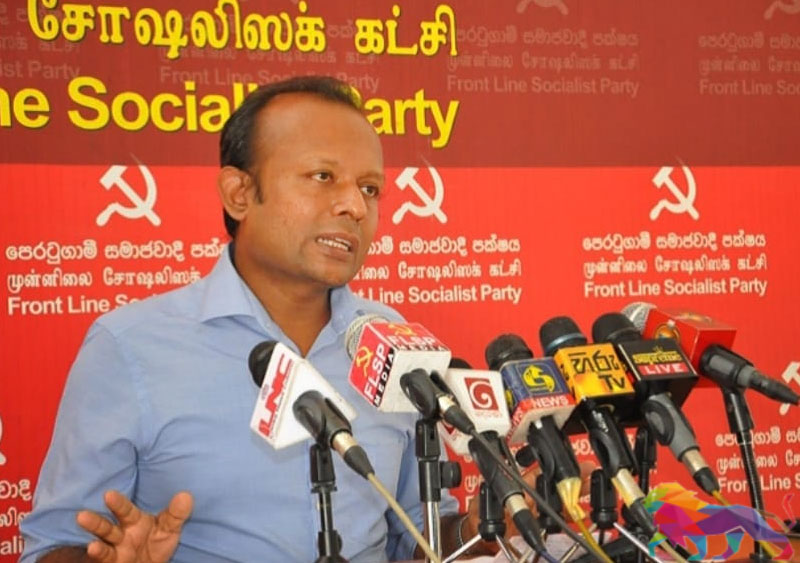 The Frontline Socialist Party (FSP) will wipe out from politics the MPs who would raise their hands to repress the people, warned its education secretary Pubudu Jayagoda yesterday (27).

“We will do politics with the people to wipe out from politics those MPs who will vote in support of the repressive laws, to rip people’s heads, imprison them for months without bail, send them for years of imprisonment or shoot them,” he told the media hours before parliament approved the state of emergency.

Repressive laws not existent even during war

Jayagoda claimed the emergency laws due to be adopted were grave and repressive ones that had not existed even during the war or during the struggles in 1971, 1988-89 or the struggle in the North.

At a time when the suffering masses ask for relief, the government responds through repressive laws, he said.

It is apparent these laws are going to be adopted to wrest the right to strike out of the people, the FSP activist charged.

Speaking further, he said the global organizations that were willing to help before Ranil Wickremesinghe was elected president have now withdrawn support and expressed displeasure over the ongoing repression.

Now the government is trying to raise money by selling state enterprises, Jayagoda said, noting that president Wickremesinghe’s maiden speech mentioned about a sale of the SriLankan Airlines.

He asked if these repressive laws are really being presented to protect the MPs, who claim in parliament the laws are for the protection of their lives and properties.

People are not protesting for fun, but to express their opinions, a right enshrined in the constitution, against the denial of their essential services.