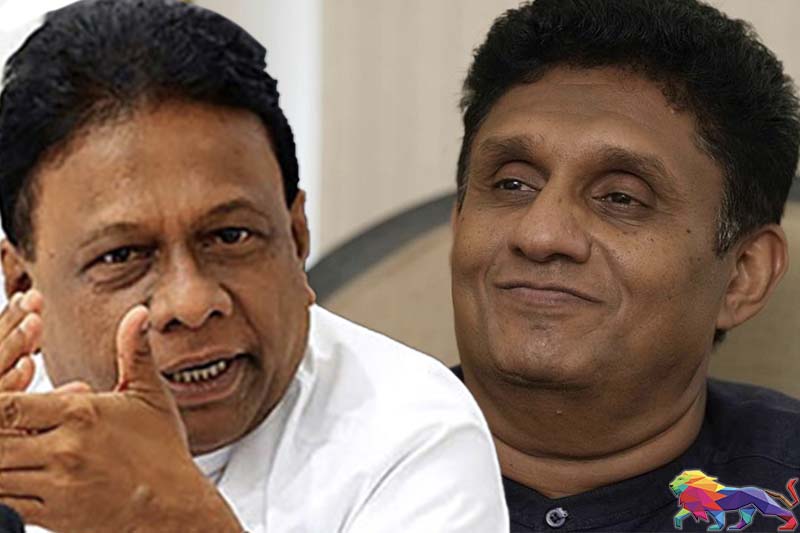 Sajith Premadasa and Dullas Alahapperuma, two aspirants for the presidency, this afternoon (18) had a round of talks that was reported to be inconclusive.

Their meeting in Colombo was also attended by several closest confidantes of the two, according to Samagi Jana Balawegaya (SJB) sources.

Alahapperuma’s side gave statistics and noted that victory with at least 135 votes for them would be assured if the two agreed that Alahapperuma would contest for the presidency, with Premadasa to be given the position of prime minister.

In the event a contest happens between Alahapperuma, Premadasa and Ranil Wickremesinghe, none of them would gain 50 per cent of the votes and the winner would have to be decided on the preferential votes, Alahapperuma’s side predicted.

Premadasa, the opposition leader, was dissatisfied with that explanation and wants to contest on his own, a SBJ spokesman told ‘Lanka Leader.’

The two sides are due to have another round of talks tonight in order to reach a common understanding.

In the meantime, both Premadasa and Alahapperuma have held talks separately with representatives of the alliance of 11 parties.

Just hours remain for the presidential candidates to hand over their nominations, with parliament to hold a vote on 20 July.

The Sri Lanka Podujana Peramuna is siding with Wickremesinghe and is conducting a major campaign in his support.

The Democratic Left Front will vote for Alahapperuma, said its leader Vasudeva Nanayakkara, as EPDP leader Douglas Devananda declared that his party would vote for Wickremesinghe.

The SLMC will agree with any decision to be taken by the SJB, according to its leader Rauff Hakeem.