Steps will be taken to legally grant land and house ownership to millions of people who do not have a deed to their own lands and homes, Prime Minister Ranil Wickremesinghe said.

The 'Land for All' programme is implemented by the Ministry of Tourism and Lands through the Land Reforms Commission and the Department of the Land Commissioner General.

Harin Fernando, Minister of Tourism and Lands stated that the first step in granting land ownership to all persons in the island who do not have legal title to the land will be the issuance of deeds from today.

The Minister further stated that arrangements have been made to issue between 1,000 and 3,000 deeds to the land owners every week under this programme which was prepared with the objective of giving those who have lost their land a legal right.

Parallel to this programme, title deeds were issued in Puttalam and Kurunegala Divisional Secretariats yesterday.

Minister of Labour and Foreign Employment Manusha Nanayakkara, Chairman of the Land Reforms Commission, the Commissioner General of Lands and a number of officials and deed holders were present at the occasion which symbolized the awarding of title deeds. 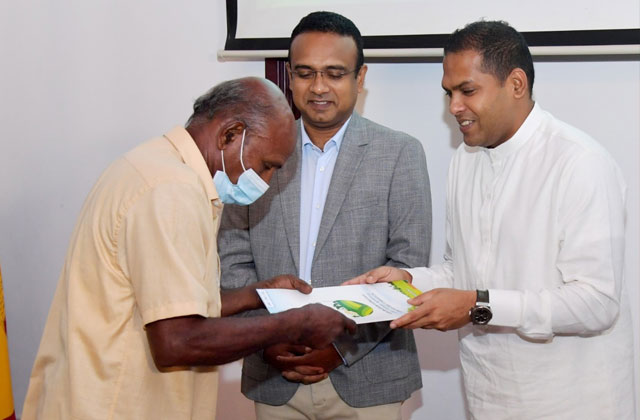