Prime Minister Ranil Wickremesinghe has stated that it is his policy not to leave anyone hungry in the face of the food crisis.

Speaking at a meeting of the Committee on Food Security at the Prime Minister's Office on Friday (17), the Prime Minister said that although the food crisis could directly affect 4 million to 5 million Sri Lankans in the future, steps would be taken to control it.

The Prime Minister directed the appointment of a committee comprising Nimal Lanza, Nimal Siripala de Silva, Dr. Harsha de Silva and representatives from the President’s Office, Ministry of Finance, Ministry of Agriculture, Sri Lanka Army as well as relevant officials from the private sector and other related institutions to cope with the food crisis.

The Prime Minister emphasized that he wanted the plan prepared by this committee within two weeks.

He further said that 225 divisions should be handed over to the Members of Parliament and the rest to the top officials including the Secretaries to the Ministries and the Private Sector to provide leadership to develop and reach the targets of 336 Divisional Secretariats in the country under the Food Security Programme. It was proposed to recruit graduates from the Divisional Secretariats for this purpose.

The Prime Minister instructed the officials to give priority to providing food, gas and fuel to the fishing community with a special emphasis to be placed on food security, especially for children's homes, nursing homes and homes for persons with disabilities.

The Prime Minister also stressed the need for a medium and long-term plan for a modern agricultural system that would create a regionally competitive market and called for it to be formulated urgently. 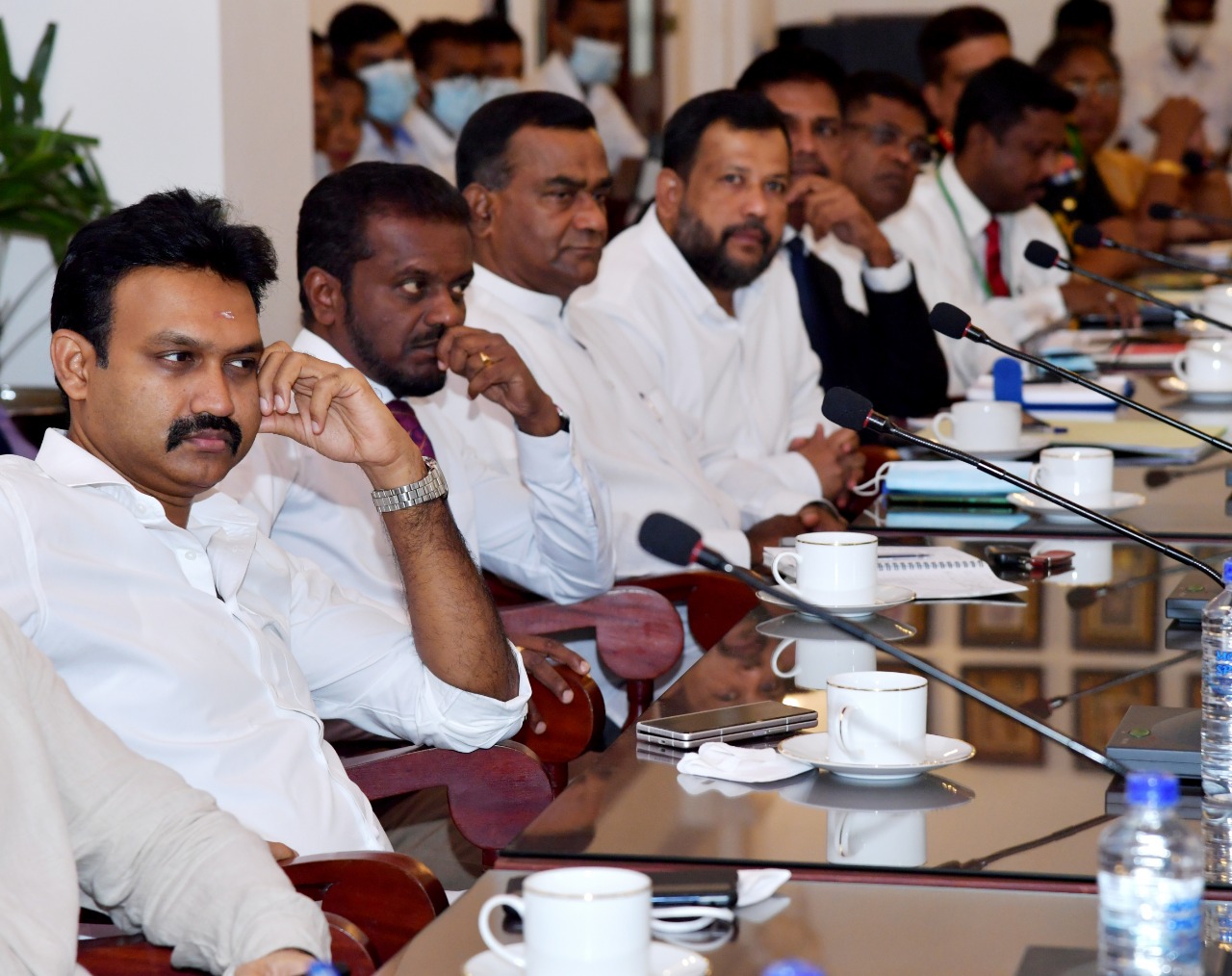 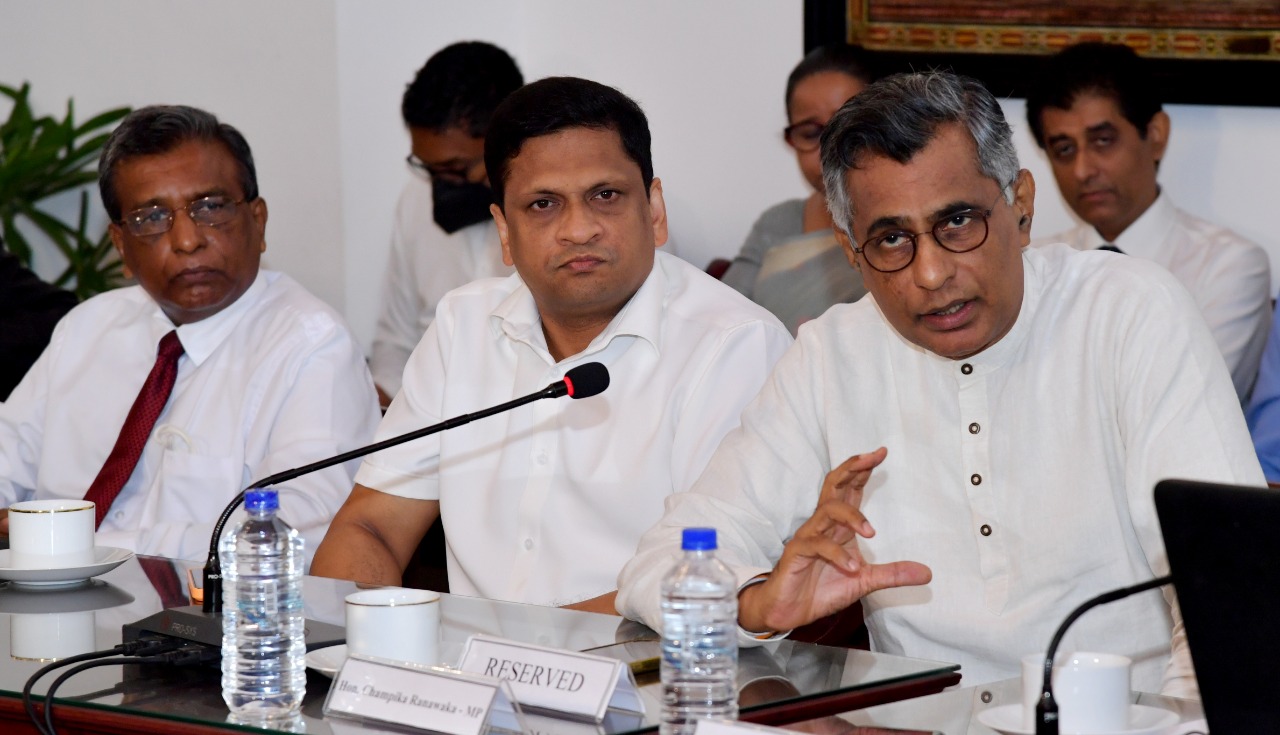 Prime Minister Ranil Wickremesinghe has already extended an invitation to the top official of the United Nations World Food Programme (WFP) to visit the country as it grapples with an impending food shortage.

The Prime Minister said he spoke to David Beasley, the Executive Director at the UN WFP on June 10.

"He accepted my invitation and is planning to visit shortly. We appreciate all the support extended to us by the WFP," the Premier said in a tweet.

In this backdrop, the WFP is working to provide food, cash and voucher assistance to three million of the most vulnerable people who can no longer meet their food needs due to the unprecedented economic meltdown.

Last week, the United Nations and partners launched a joint Humanitarian Needs and Priorities Plan (HNP) requesting more than USD 47 million, to aid some 1.7 million worst hit by the spiraling economic crisis, which has seen the country struggling to pay for essential imports, amid rising debt, food, fuel and medical supply shortages.

The multi-pronged crisis that has led to widespread protests, was exacerbated by the COVID-19 pandemic and associated collapse of the tourism sector across the South Asian island nation.

Food inflation in Colombo rose to a record high of 57.4 percent in May, said WFP in a press release, and widespread shortages of fuel for cooking and transport, means that poorer families are struggling to feed themselves.

Nearly five million people, or 22 percent of the Sri Lankan population, are food insecure and in need of assistance, the agency said. Nutritious foods, such as vegetables, fruits and protein-rich products are now out of reach for many.

WFP surveys indicate that 86 percent of families “are resorting to at least one coping mechanism, including eating less, eating less nutritious food and even skipping meals altogether.”

The monthly vouchers are worth around USD 40 in local currency and will enable more than 2,000 women to buy much-needed food. They will be provided alongside antenatal care provided by public health authorities in the capital.

“Pregnant mothers need to eat nutritious meals every day, but the poorest find it harder and harder to afford the basics”, said Anthea Webb, WFP Deputy Regional Director for Asia and the Pacific from Colombo. “When they skip meals they’re putting their and their children’s health at risk.”

“Poor families in cities and those who work on estates have seen their incomes plummet while market prices have soared. Each day that passes sees an increase in food and fuel prices globally, making it vital that we act now,” she noted.

Sri Lanka is facing incredible fuel shortages as the nation is ravaged by economic turmoil.

Given its concern that food and nutrition needs under the joint HNP will persist beyond September, WFP estimates it will require USD 60 million to assist three million people from June through to December.