The Radical Centre founded by the late Minister Mangala Samaraweera has called on the Gotabaya Rajapaksa-Ranil Wickremesinghe administration to release all political prisoners who have been incarcerated for almost thirteen years as Sri Lankan Tamils mark Mullivaikkal Memorial Day today (May 18) commemorating those who died in the civil war that ended in 2009.

Issuing a statement, Jayani Abeysekara (Convenor), Harendran Krishnasamy, C.S. Kodikara and Sanjaya Liyange on behalf of the 'Radical Centre' also urged the government to release all information pertaining to the victims of enforced disappearances and to abolish the draconian Prevention of Terrorism Act (PTA).

The statement by the Radical Centre further said;

Abolish the Prevention of Terrorism Act !

"As the Tamil people in the North and East prepare to mark the Mullivaikkal Remembrance Day to commemorate thousands of loved ones lost to war in Mullivaikkal, we stress that consecutive governments are responsible not only for the economic crisis but also for crimes committed against the Tamil people in Sri Lanka. Since receiving independence in 1948, for nearly seven decades, the entire citizenry have inherited merely oppression and suffering as a result of the political activism of those involved in the governance of Sri Lanka. In fact the suffering of the Tamil people has been far greater.

For over 13 years, innocent mothers have embarked on a search for their children who disappeared after being handed over to the government forces during current President Gotabaya Rajapaksa’s tenure as the Secretary of Defence. They are the same children left unfound during current Prime Minister Ranil Wickremesinghe’s previous tenure in the same post. We in the South cannot escape the responsibility of forcing the government to find those children.

Mothers in the North and East have been engaged in a struggle for nearly 2,000 days, in a bid to force the government to reveal the fate of their relatives who went missing during the last stages of the war.

According to the Office of Missing Persons formed by the Wickremesinghe administration in 2017, 21 171 persons continue to be missing along with the 1642 persons who were handed over to the government forces following the end of the war. Families of the missing began satyagraha campaigns in early 2017 in Vavuniya, Kilinochchi, Jaffna, Mullaitivu, Trincomalee and Ampara districts, demanding the government to reveal the fate of their missing loved ones. 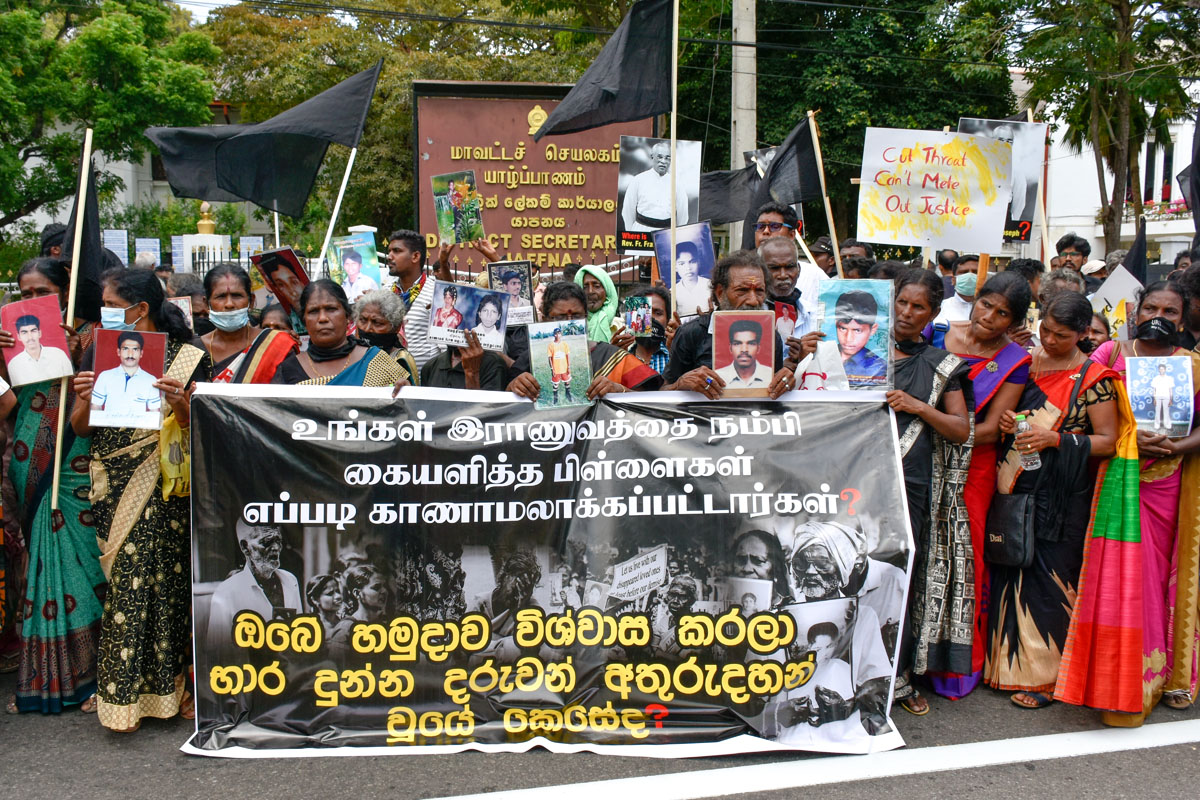 According to journalists reporting on the war affected North and East, at least 115 parents engaged in the continuous efforts of achieving international justice for the disappearances of their children have now passed on without getting any closer to the truth.

The Radical Centre expresses their support to the mothers who have been engaged in perhaps the longest struggle in Sri Lanka’s history on empty stomachs amidst many other obstacles while also facing harassment by government security forces. The Radical Centre would like to remind the protestors now engaged in a struggle in the South that we must learn from the Mothers of the North on how to fight without retreating until the objective of the struggle is achieved.

We are also displeased over the conduct of the Office of the Missing Persons (OMP), which has so far failed to find a single missing person on behalf of the relatives who are in a constant struggle to find their loved ones.

The Radical Centre cannot accept the government's decision to pay compensation to the relatives of the victims of enforced disappearances. We see the move as merely an attempt to cover up crimes committed against these people.

The 'Radical Centre' also calls for the immediate release of Tamil political prisoners who have been inhumanely imprisoned for many years simply for fighting for the legitimate rights of their people.

We call on the government to extend the hands of humanity to the North by ensuring the immediate and unconditional release of all political prisoners currently in custody.

The 'Radical Centre' has also observed how politicians in power have continuously misused the PTA to seek revenge on their opponents.

Therefore, we urge the government to abolish the PTA, which has tarnished the country's image before the international community, and to further create an environment in which all citizens of the country can live with dignity."