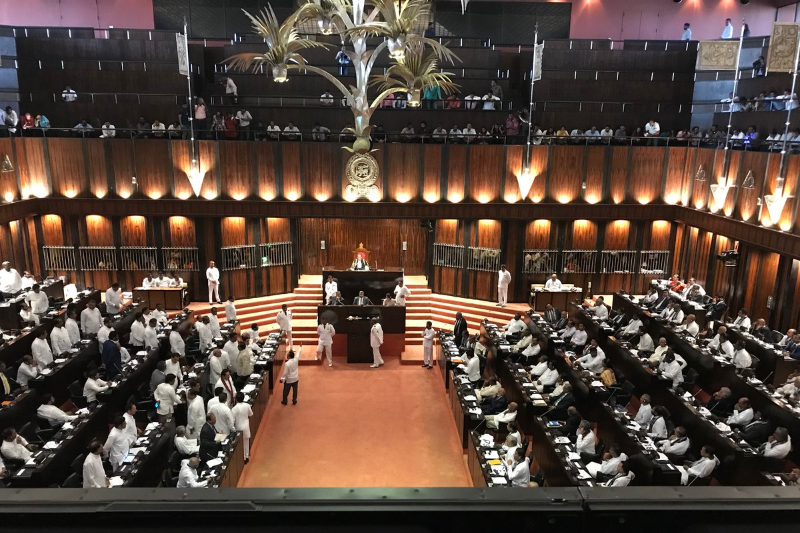 On Wednesday (04) afternoon, a decision was taken by all parties concerned that SLFP nominee MP Ranjith Siyambalapitiya, a member of the independent group in Parliament, would have his name put forth for the post of Deputy Speaker.

As the Government was not putting forth their own candidate, the Opposition would hold the Deputy Speaker's post.

Subsequently, the Opposition groups had also discussed the matter and agreed to support Siyambalapitiya in return for the independent groups' votes for the no-confidence motion.

However, this morning (05), the scenario changed when TNA MP M.A. Sumanthiran informed former Prime Minister Ranil Wickremesinghe that the SJB would be putting forth their own candidate.

Sumanthiran was informed by Wickremesinghe that if they did so, they would risk losing the support of the independent group for the no-confidence motion.

Wickremesinghe further stated that he, like the rest of the Party Leaders, had committed to support Siyambalapitiya and would not go back on his word. This advice was discarded, and the SJB's candidate was defeated at the vote.

Subsequently, news has now emerged that the independent group of MPs have informed the SJB that due to their refusal to support their candidate, they would reconsider supporting the no-confidence motion put forth by the SJB.

In this backdrop, it is perplexing as to why Sajith Premadasa had agreed to field his own candidate after reneging on his promise which has all but lost the support of independent MPs against the Government.