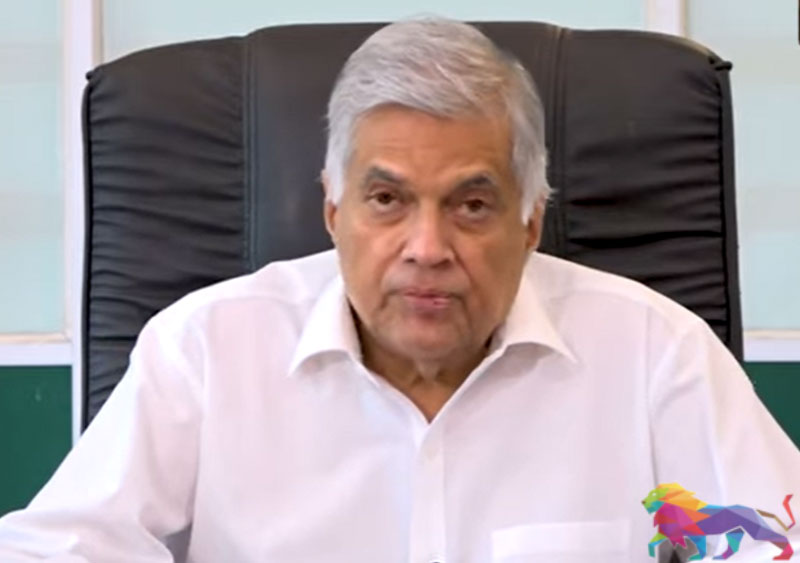 The Sri Lankan economy is facing problems that are difficult to resolve or eliminate and therefore, the end result could be far worse in the coming months, former Prime Minister Ranil Wickremesinghe warned.

The former Prime Minister during a discussion with a group of young professionals at Party headquarters 'Sirikotha' yesterday (28) noted that there are many complex issues with regard to the economic crisis, highlighting the dollar deficit, declining revenue, rising expenditure and the unbearable debt burden as the main issues that have affected the economy over a period of time.

Pointing out that are many reasons for the unbearable debt burden, he said that one of the main reasons is the debt incurred by state owned entities such as Ceylon Electricity Board (CEB).

He recalled that the Minister of Power and Energy stated in Parliament last week that the CEB has incurred a loss of Rs.79 billion during 2020/2021. He added that some say, however, the loss could be far greater.

"The CEB has stated that it will incur a loss of Rs. 100 billion this year as it charges Rs. 17 per unit but the cost is Rs. 53," the former Prime Minister said, adding that all these losses have to be borne by the public.

The former Prime Minister also reiterated the need to create a framework for debt repayment.

“All these issues have been tied into a knot for some time. The government must decide to whether to untie it or cut it. Taking time will make it difficult to untie or cut the knot. The end result is that the next few months will be even more difficult for the people,” he added.