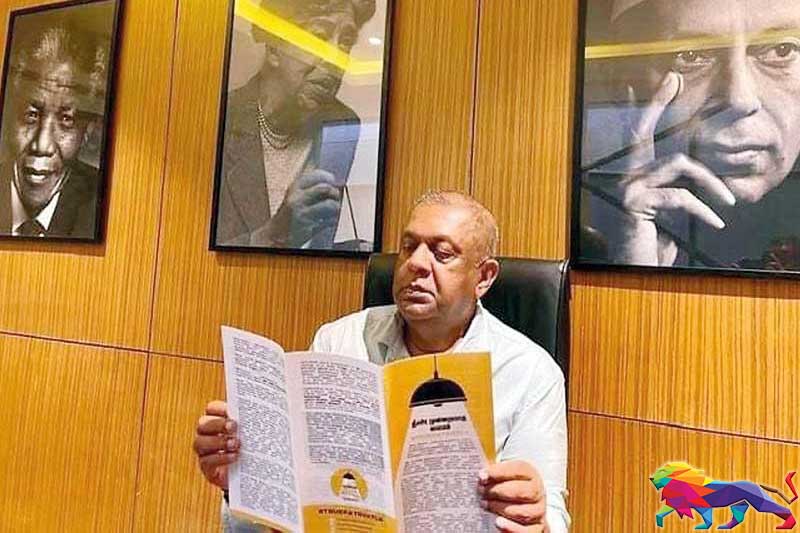 The Radical Centre says the government is continuously attempting to disrupt an event titled ‘Satyakriya : An Act of Truth’ organised by them in support of the ongoing people’s struggle.

While the event was scheduled to be held on April 21 at the Independence Square in Colombo, the Ministry of Cultural Affairs has now informed the organisation it will not be allowed to hold the event at the venue. This is despite the Radical Centre obtaining prior permission from the relevant authorities as required.

However determined to go ahead, the organisers have decided to hold the event on April 21 from 5 pm - 7 pm at the Viharamahadevi park (in front of the Nelum Pokuna Theatre) and extended an invitation to the public to come dressed in white.

According to the Radical Centre, the event will mark the birth anniversary of the late Mangala Samaraweera in the hopes of taking a step towards creating the Sri Lanka he envisioned.

The collective said the event is also being held with the purpose of ending the Rajapaksa regime as per the wishes of the thousands of citizen protestors and to build consensus between representatives of political and civil society organisations to establish a government that is responsible and accountable to the people of the country.

The Radical Centre is a youth-led apolitical movement launched by the late Mangala Samaraweera.