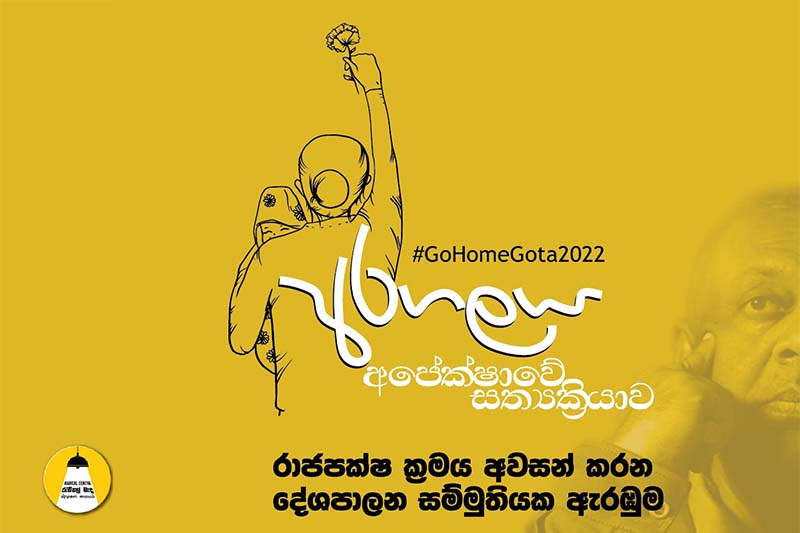 The ‘Radical Centre’ has organised a programme titled 'Satyakriya : An Act of Truth’, to be held on April 21 at the Independence Square in Colombo.

According to the Radical Centre, the event will mark the birth anniversary of the late Mangala Samaraweera in the hopes of taking a step towards creating an inclusive Sri Lanka he envisioned, one which would function as a democracy based on the principle of 'Unity in Diversity'.

Representatives of the Radical Centre said the event is being held with the purpose of ending the Rajapaksa brand of politics as per the wishes of the thousands of protestors across the country and to build consensus between representatives of political and civil society organisations to establish a government that is responsible and accountable to the people.

To this end, the Radical Centre invites all citizens to join them at the 'Satyakriya : An Act of Truth’ event to be held at 5.00 p.m. on Thursday (April 21), at the Independence Square in Colombo.

The Radical Centre is an apolitical movement launched by the late Mangala Samaraweera comprising a group of multifaceted, multi-ethnic youth calling themselves as #truepatriots.

Protestors have occupied the entrance to the President’s Office for the tenth consecutive day on Monday (18), demanding Gotabaya Rajapaksa resign over the debt-ridden country’s worst economic crisis in memory. 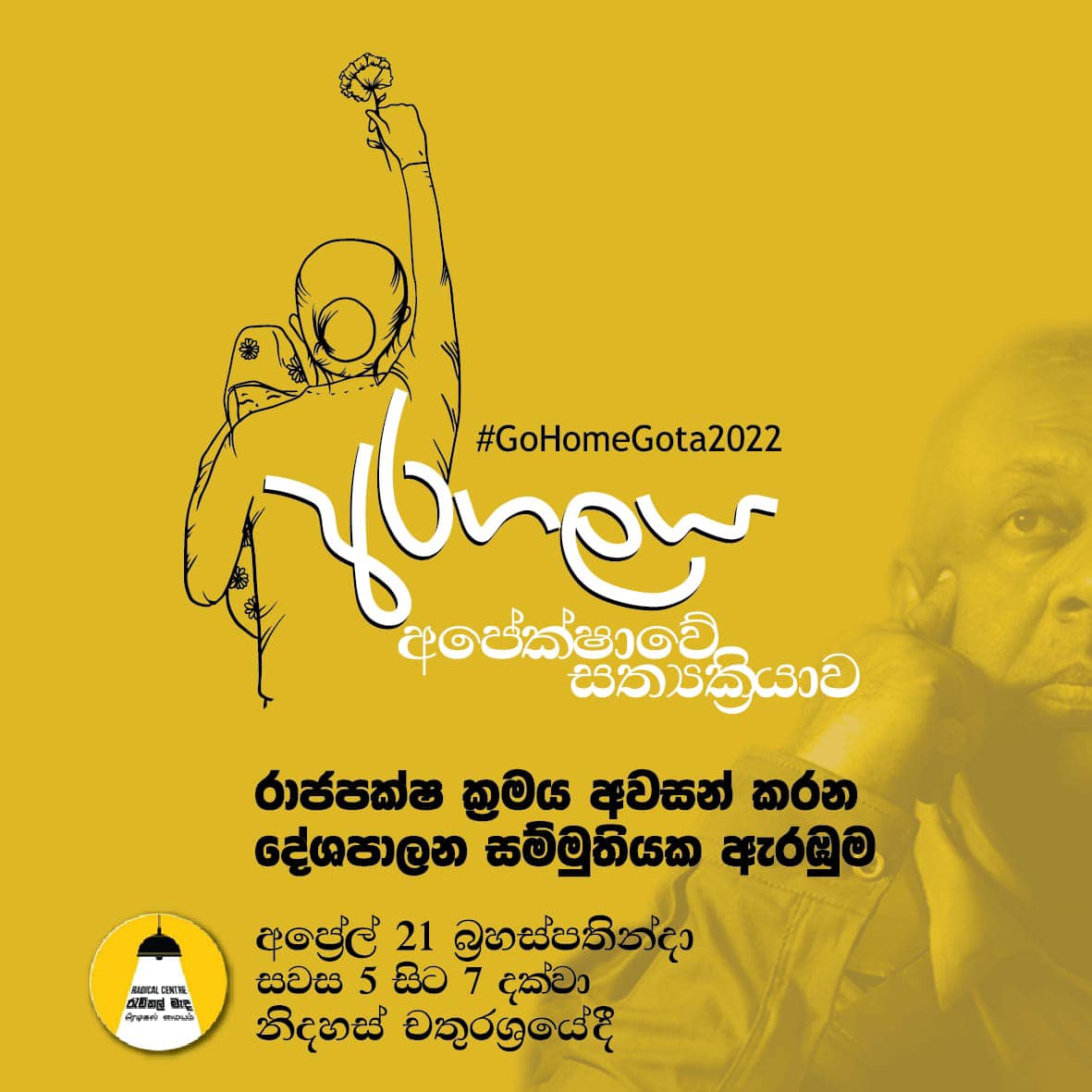