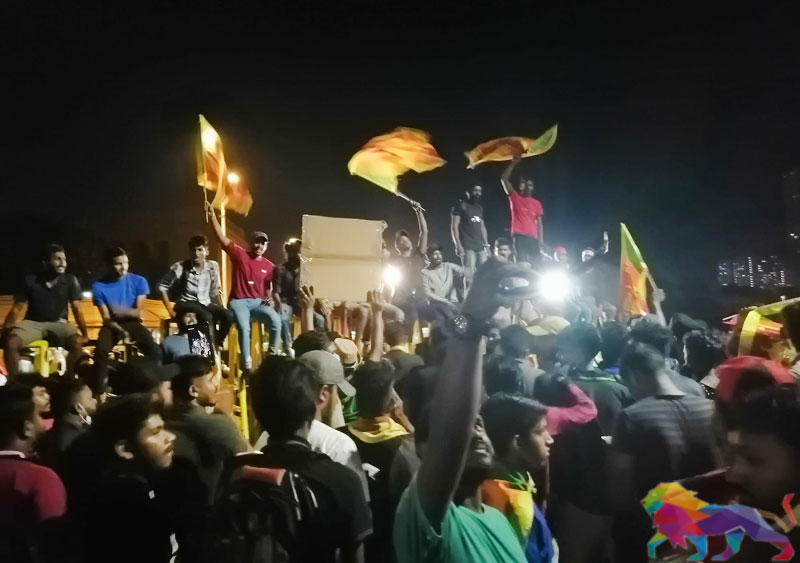 The ruling SLPP has planned a series of rallies in support of President Gotabaya Rajapaksa and the government after the new cabinet of ministers is sworn in.

These islandwide rallies are scheduled to be held under the direction of former minister Namal Rajapaksa who had recently moved into the SLPP headquarters in Nelum Mawatha.

SLPP representatives of local government bodies have been directed to organise protests in their respective areas.

Several such rallies were held in Kandy, Nikaweratiya, Tangalle and Badalkumbura yesterday (10).

These rallies come in opposition to a number of mass movements across the island demanding the resignation of President Rajapaksa which has seen its popularity decline rapidly in response to a severe and deteriorating economic crisis.

Furthermore, it is reported that certain elements may attempt to quell the youth led protests that are currently taking place opposite the presidential secretariat by bringing in pro-Rajapaksa demonstrators in order to create clashes between the two groups.

It is also reported that several ministers have already made arrangements to bring protestors on Monday (11) afternoon.