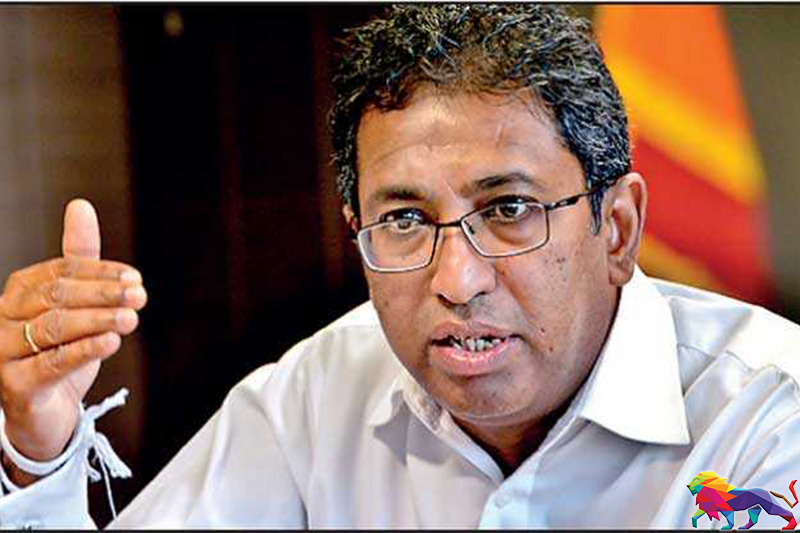 The absence of a meeting between a top official of the International Monetary Fund (IMF) who visited Sri Lanka to brief the government on the IMF’s assessment of the crisis-hit economy and the Governor of the Central Bank shows a clear split in the government, SJB parliamentarian Dr. Harsha De Silva said.

"Earlier this week, a senior IMF official visited Sri Lanka to brief the government on the IMF’s assessment of the crisis-hit economy. The IMF Asia and Pacific Department Director Changyong Rhee held meetings with the Finance Minister, Basil Rajapaksa and President Gotabaya Rajapaksa. However, Mr. Rhee has not met with the Central Bank Governor Ajith Nivaard Cabraal.

In normal circumstances, an agreement with the IMF is signed between the IMF and two local parties, one being the Minister of Finance and the second being the Governor of the Central Bank.

Thus, the absence of a meeting between the IMF official and the Governor of the Central Bank indicates that his stance on not engaging with the IMF is firm. How can one expect easing of the current crisis, while the decision makers responsible for our economy have ideological differences," the SJB lawmaker said.

He pointed out that the IMF official had listed out six main points in his brief to the President - beginning with the first and biggest policy blunder of unnecessary tax cuts in 2019, which witnessed a significant reduction in government revenue. Commenting further, he said:

"According to Dr. Roshan Perera, a former Director of the Central Bank, government revenue fell by at least Rs. 500 billion in the year 2020 as well as 2021, signaling a loss of over Rs. 1 trillion in total revenue in the last two years.

Secondly, Mr. Rhee highlighted the fact that international markets are completely closed to us right now due to the loss of confidence in the government’s planning of the economy.

The third point critiqued the government's complete mismanagement of the exchange rate and utilization of foreign reserves, which consequently led to a lack of funds for debt repayments and substantial devaluation in the rupee.

The fourth point critiqued the massive budget deficits over the past two years. On numerous occasions, we have pointed out in parliament that the government was fudging the numbers. In fact, the budget deficit for the year 2020 was 14% and not 11% as reported in official statistics.

A recent poll by Verite Research displayed that the people’s confidence in the government was as low as 10%. Moreover, international market confidence is a decisive factor in successful economies, however, Sri Lanka’s international sovereign bonds are down 50% in the Singapore bond market.

Lastly, the IMF official pointed out the inability of the government to control rising inflation. For example, Sri Lanka reported a 25% rate of food inflation last month although it may be as high as 40%. Most importantly core inflation, which is an inflation measure that excludes transitory or temporary price volatility such as seen in food and energy, was as high as 11%.

Core inflation is a reflection of the government's macroeconomic policy making and should normally be below normal inflation rates of an average 4-6%. When will the government understand basic principles of economics such as rising inflation due to money printing? Since last Friday, the government has printed over Rs. 100 billion.

The devaluation of the rupee has not ceased, as interest rates have not increased in parallel to the devaluation. Nonetheless, all citizens are left with no assurance of an end to their plight."