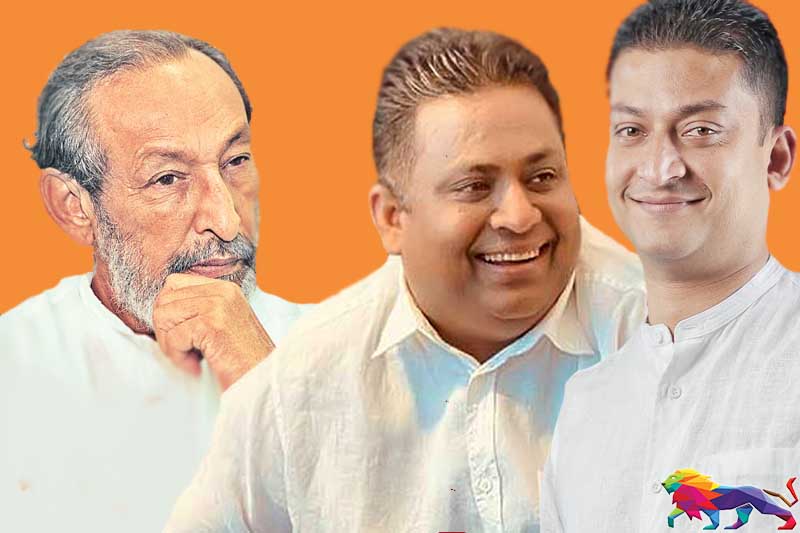 Several Ministers are set to take oaths before the President in their new portfolios today, it is learnt.

State Minister Dilum Amunugama is slated to be appointed as the new Minister of Transport while Arundika Fernando is also likely to be sworn in as a State Minister again.

Former State Minister Arundika Fernando had resigned from his ministerial portfolio until the investigations into the assault on a group of students of the Ragama Medical Faculty were concluded.

The President appointed a committee chaired by Minister Keheliya Rambukwella to investigate and submit a report on the incident. Accordingly, the committee has cleared Arundika Fernando of any wrongdoings.

Ministers Mahindananda Aluthgamage and Ramesh Pathirana were the other members of the committee.

Wimal Weerwansa and Udaya Gammanpila were removed from their ministerial portfolios with effect from Thursday (3) evening due to pressure exerted by Finance Minister Basil Rajapaksa.

The Central Committee of the 'Democratic Left Front' headed by Vasudeva Nanayakkara met last night to discuss the latest political developments including the removal of Wimal and Udaya from cabinet.

Meanwhile, speaking to reporters today (04), Nanayakkara said that the government has committed a grave mistake in removing Udaya Gammanpila and Wimal Weerawansa from their ministerial portfolios and that he expects to resign from his position as the Minister of Water Supply.

It is reported that President Gotabaya Rajapaksa has spoken by phone with Minister Vasudeva Nanayakkara yesterday (03) urging him to resolve any internal conflicts amicably.

However, a senior Minister said that the President has been rendered helpless due to the pressure exerted by Finance Minister Basil Rajapaksa and his close associates in the ruling SLPP, adding that getting into a conflict with the group that represented the government's nationalist ideology will be highly ill advised at this moment.