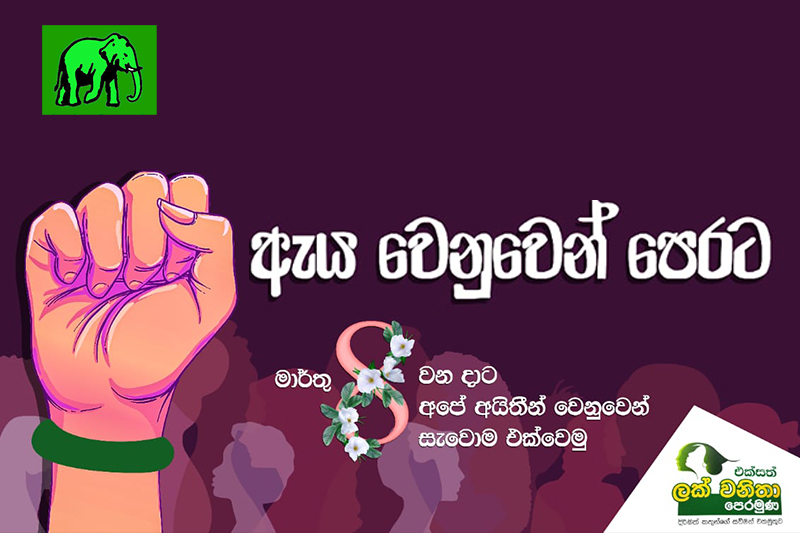 The United National Party (UNP) is preparing to take to the streets on International Women’s Day this year, urging the government to protect the economy and protect the rights of women.

The chairperson of the UNP-affiliated 'Ekasath Lak Vanitha Association' Shanthini Kongahage said that the street protests will commence on March 8 at the Parliament Roundabout. She said that they also have made arrangements to hold rallies at district level across the island.

Kongahage further said that all women suffering from the current situation in the country will be invited to join the struggle irrespective of Party affiliations and that public awareness campaigns will be launched at bus stands, markets and hospitals.

The rally will be held under the instructions of former Prime Minister and Party Leader Ranil Wickremesinghe and National Organiser Sagala Ratnayaka. 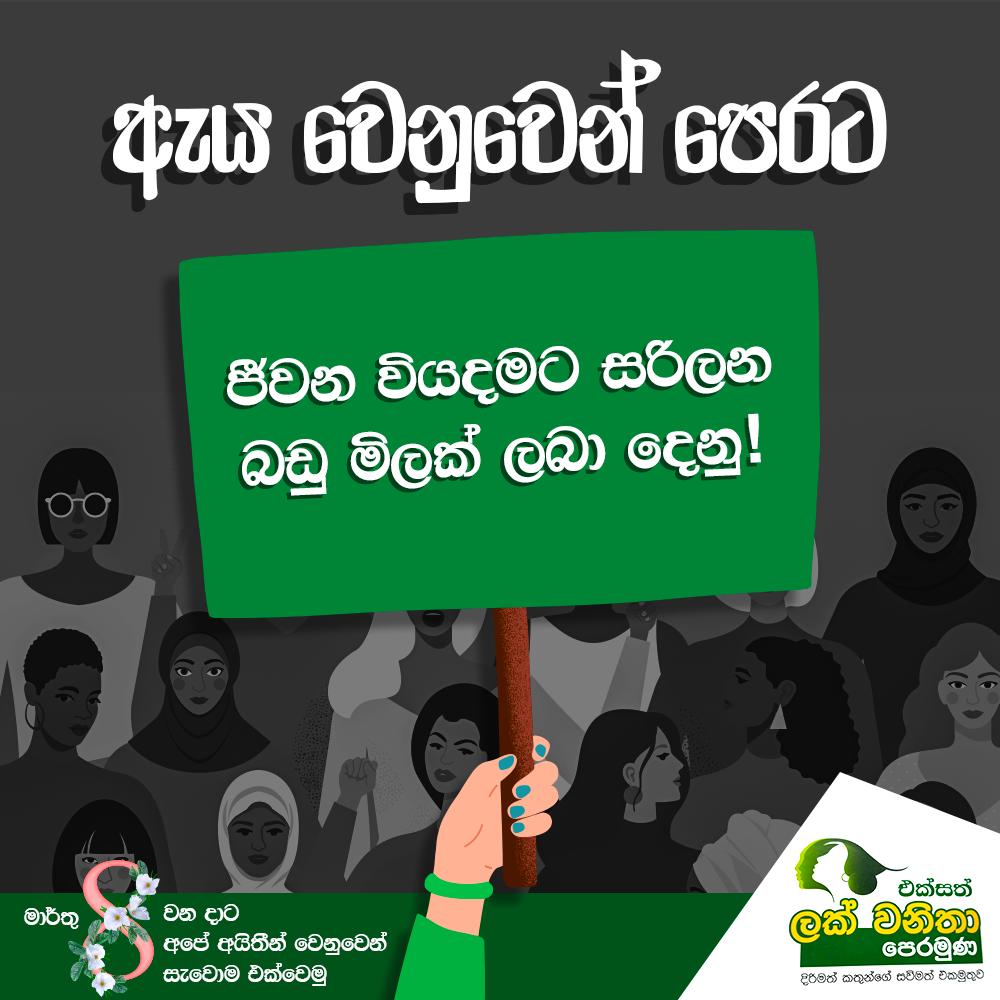 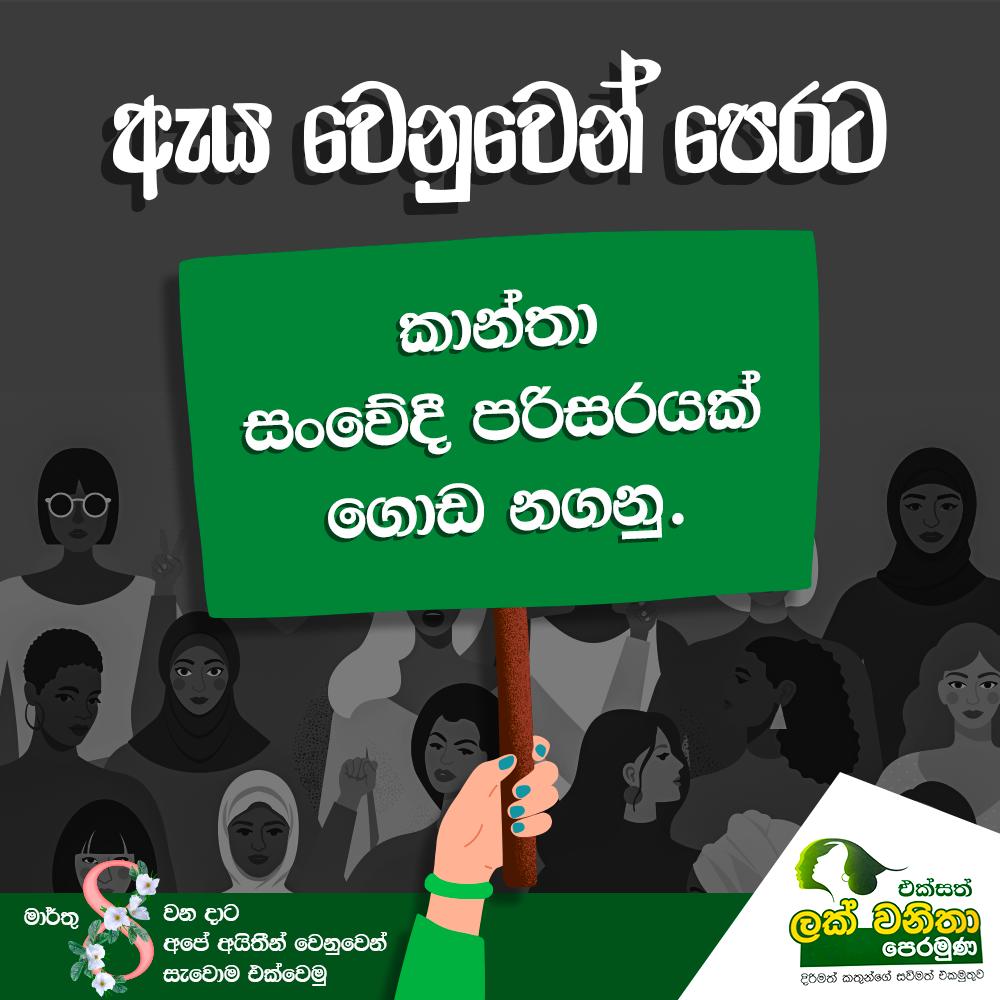 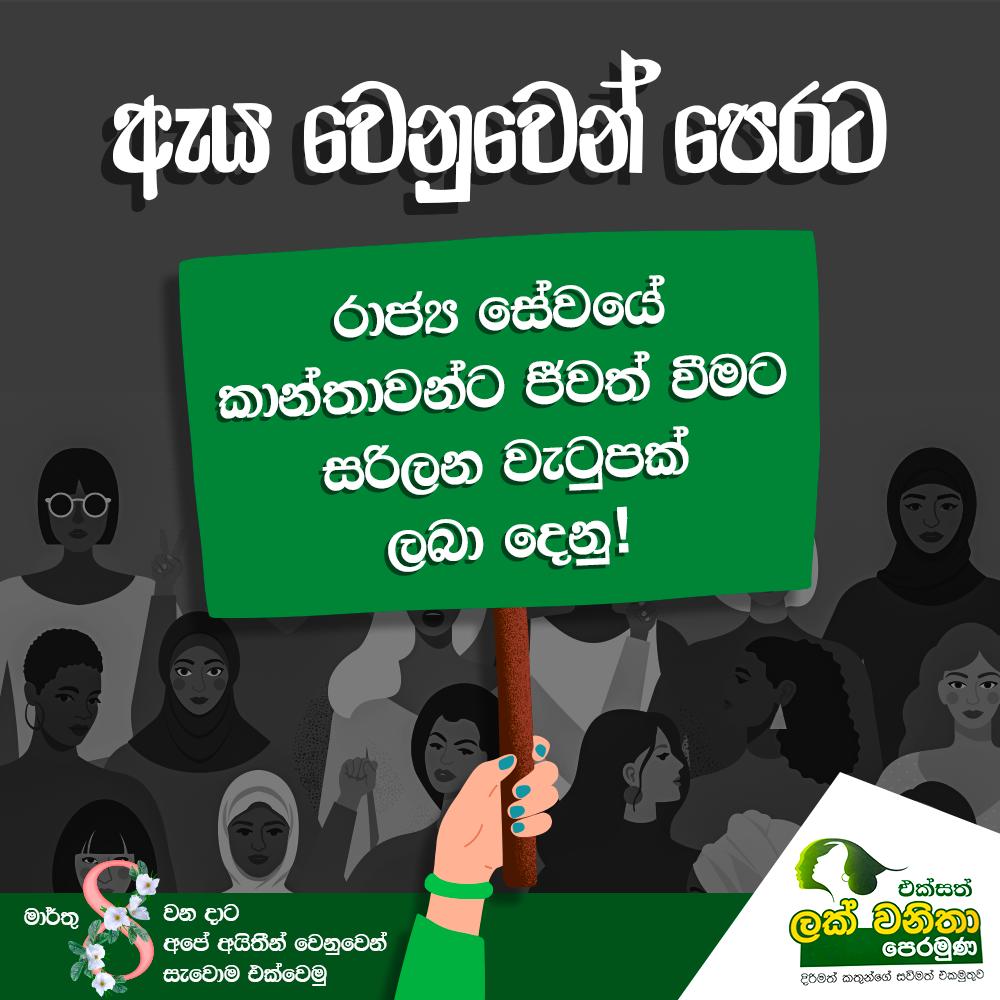 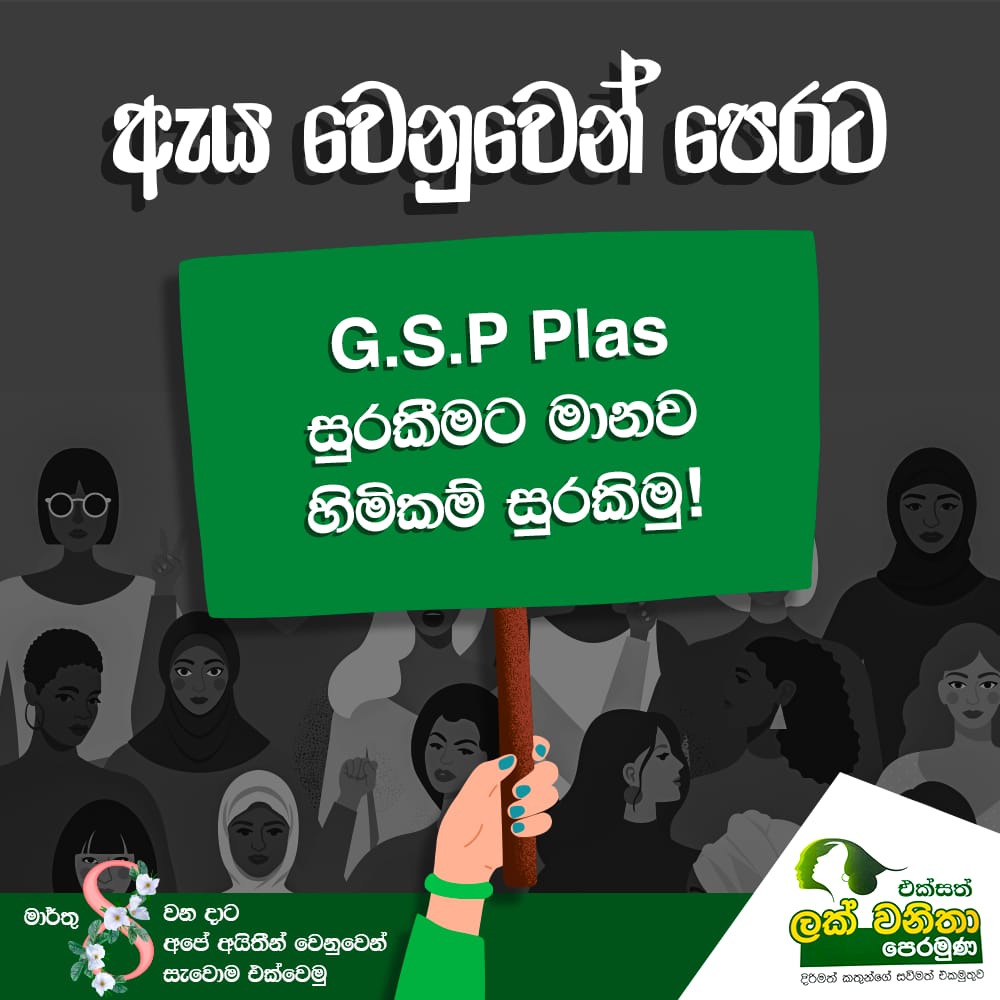 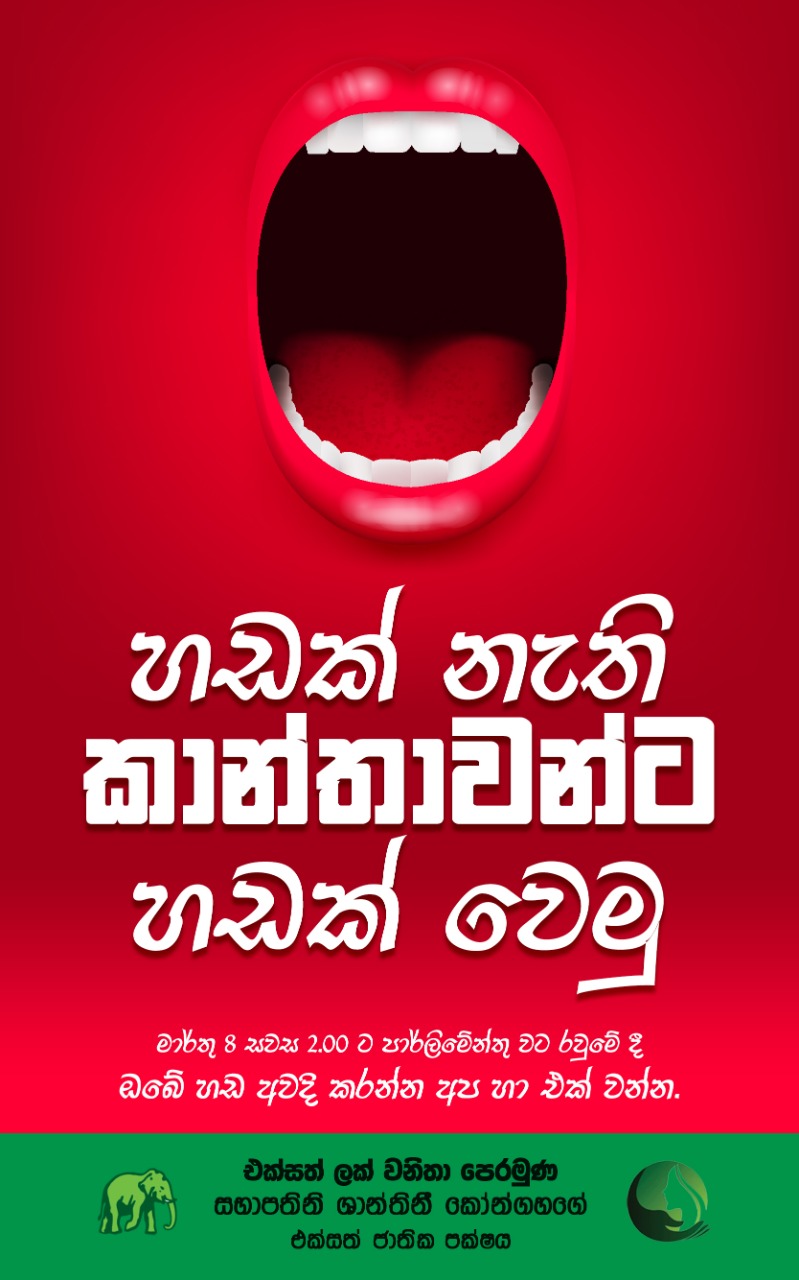