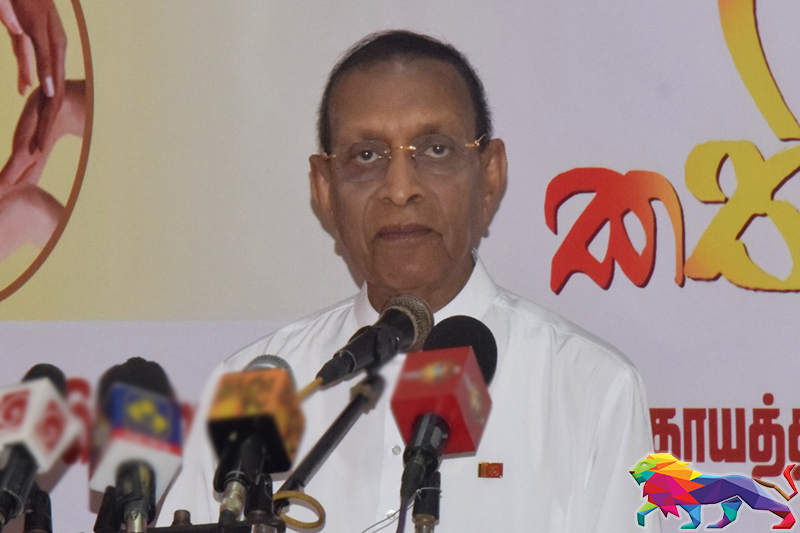 Jayasuriya, who also heads the National Movement for Social Justice, urged the Government to act in a responsible manner in order to ensure incidents that  suppress the civil rights of the people could no longer occur.

Issuing a press release, he said:

"The Government must take immediate and necessary action against all illegal acts. The well being of the country is only assured to the extent its people respect and accept its rulers. However, Sri Lanka is facing an unprecedented crisis today.

While the country is on the precipice of serious economic and social collapse, the manner in which the Government and all responsible parties are acting in the face of this catastrophe is highly unsatisfactory.

In fact, many of these parties are acting in an irresponsible and an arbitrary manner. But at this critical juncture, this could only exacerbate the crisis faced by the country.

In particular, the freedom of the people and the freedom of the media are under serious threat, especially in the face of increasing tendencies towards a dictatorial regime undermining democracy in the country and activities that not only allow but support illegal gangs to operate freely without any fear. It is our strong belief that all parties must pay attention to this troubling situation.

The despicable attack on the residence of journalist Chamuditha Samarawickrama and the arrest of activist Shehan Malaka who has been appearing for the rights of the victims of the Easter Sunday attack are extremely concerning. So are the numerous threats against journalists and activists across the country.

However, such actions are not acceptable of any civilised government that values ​​democracy and seeks to protect the rights of the people. In the face of such serious incidents, there is now a growing suspicion that lawlessness in the country is on the rise due to the failure of its rulers to pay adequate attention to these incidents and take necessary action to prevent them. It is an extremely frightening as well as tragic situation.

Therefore, as a responsible civil society organisation, the National Movement for Social Justice urges the Government to act in a responsible manner so that such tragic incidents that intimidate and suppress the civil rights of the people can no longer occur.

To ensure that such heinous and illegal acts do not continue, the law must be enforced against those involved, regardless of rank and status. Unfortunately, this does not seem to be the case.

However, the present Government and its leadership, which wields more power than any other ruler in the history of this country, can present no valid excuse in the face of such incidents.

No matter how much power a head of state or government may possess, the well being of the country is only assured to the extent its people respect and accept its rulers.

In the face of such events, a governance structure that fails to take appropriate action cannot be expected to gain the respect or acceptance of the people. Such a situation could only exacerbate the economic and social crises facing our country.

Therefore, we urge the Government to take immediate measures to stop illegal and arbitrary actions taking place in the country today."