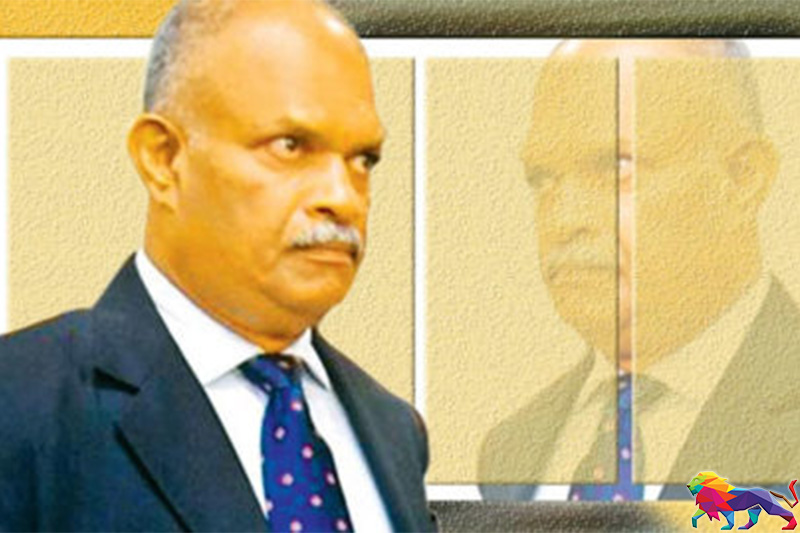 Former Criminal Investigation Department (CID) director and retired Senior Superintendent of Police (SSP) Shani Abeysekara filed a Fundamental Rights petition with the Supreme Court on Friday (18) seeking an order to prevent his arrest and detention under the Prevention of Terrorism Act (PTA).

In his petition, the former CID Director claims that an attempt is being made to arrest him based on a false and anonymous petition alleging that he had been derelict in his duties during investigations into the National Thowheed Jamath (NTJ) and its leader Zaharan Hashim.

Mr. Abeysekara says he has become aware that a petition against him had been forwarded to the Public Security Ministry Secretary, alleging he was a responsible party to the Easter Sunday attack and that an inquiry has already been launched by the Special Branch of CID.

He states that he is aware that the Officer-in-Charge (OIC) of the CID’s Special Branch has already filed a B report at the Kuliyapitiya Magistrate’s Court against him based on investigations into the anonymous petition.

The sole basis of the petition is to cause prejudice to him and to taint his reputation and dignity for collateral purposes and to have him incarcerated, Mr. Abeysekara states.

He alleges his attempts to investigate the NTJ and arrest Zaharan Hashim faced obstruction from within the state intelligence apparatus.

During the CID probe into the murder of two police officers at Vavunathivu in Batticaloa on November 30, 2018, the State Intelligence Service (SIS) and the Directorate of Military Intelligence (DMI) are suspected to have falsely framed two ex-LTTE members as the murder suspects by planting a motorcycle jacket near the scene of the crime. The SIS had given the information to the CID that a motorcycle jacket was found inside a paddy field in a channel and that police sniffer dogs had picked up the scent from the jacket and ended up at the house of one of the ex-LTTE members.

Mr. Abeysekera says he suspects that the ex-LTTE members were framed to mislead CID investigations and prevent them from discovering the real assailants involved in the murders. He states that due to the confusions caused by the SIS and DMI, CID officers discovered only after the attacks of Easter Sunday, that the murder of the two officers was committed by the NTJ terror group led by Zaharan Hashim.

In his petition, the retired SSP also states that on February 2, 2019, he and Senior Deputy Inspector General (SDIG) CID Ravi Seneviratne met the then President Maithripala Sirisena and explained that the attacks on Buddhist statues in Mawanella and the illegal storing of over 100kg of explosives in Lactowatta, Vanathavilluva are suspected to be done by the same group, and therefore this matter should be given serious consideration.

He also sates that since the CID was not a member of the Security Council, SDIG CID Ravi Seneviratne, had requested the then President Sirisena, to bring this matter to the attention of the Security Council with a view of getting assistance from the intelligence services and the military to support the CID to prevent any terrorist bombings or extremist activities.

Mr. Abeysekera says that although the then President Sirisena had mentioned that he would give an opportunity to the then SDIG CID Seneviratne to present a briefing of the aforementioned matter at the Security Council, he did not do so.

Investigations conducted after the Easter Sunday attacks showed that on the day of the attacks, Military Intelligence officers had firstly visited the house of the mother of Abdul Lathif Jamil, the suicide bomber who blew himself up at the Tropical Inn in Dehiwala though he was supposed to detonate his explosive at the Taj Samudra Hotel.

Without informing the CID which was investigating Zaharan and the NTJ at the time, the military intelligence officers had visited Jamil’s mother’s house in Wellampitiya to find the whereabouts of Jamil, and after that proceeded to the house of Jamil in Dematagoda before the blast in Tropical Inn occurred.

Given the circumstances, it can be reasonably inferred that despite repeated requests by the CID for assistance in locating Zaharan, officers attached to DMI had prior knowledge of Abdul Lathif Jamil‟s identity, his role in the NTJ and his whereabouts, but for reasons yet unknown they have decided not to share this information with the CID to help apprehend Zaharan and dismantle the NTJ, Mr. Abeysekara notes.

He states that through the investigations conducted after the Easter Attacks, the CID was able to arrest an NTJ operative known “Podi Zaharan” alias “Matale Zaharan.”

While “Podi Zaharan” was being interrogated, it transpired that he had communicated with a person called “Sonic Sonic.” The CID was able to locate the sim of the said “Sonic Sonic through an IP address.

Investigations revealed that the SIM which was used by “Sonic Sonic” had been obtained under the name of a woman police sergeant attached to Colombo City Traffic Division. The CID interrogated her and she revealed that she had given the SIM card to a Sub Inspector (SI) attached to SIS who she claimed she was having an affair with.

As the CID proceeded to interrogate the SI, Mr. Abeysekera says the then DIG SIS Sampath Liyanage contacted him and told him not to proceed with the interrogation as the involvement of the SI with Podi Zaharan was part of a covert operation directly connected to national security.

Mr. Abeysekera says he, however, refused to follow the request of DIG Liyanage and managed to get a statement, but the SI took the same stand in his statement and refused to divulge information with regard to his connection with “Podi Zaharan”.

Mr. Abeysekera says he became aware that the then SDIG in charge of SIS Nilantha Jayawardena, had sent a report to the CID for the first time providing full details of the NTJ command structure and evidence of its involvement in the killings of the two Police Constables in Vavunathivu a few hours after the Easter Attacks.

He says that at the time, the CID had been searching for Zaharan for four months with no support from the Intelligence Services and if this specific information related to the NTJ command structure and the murder of the two constables in Vavunathivu had been made available to the CID or provided to the Security Council prior to the attacks by then SDIG SIS Nilantha Jayawardena, the attack could have been prevented.

Fourteen respondents have been cited in the petition. They include senior CID officers.