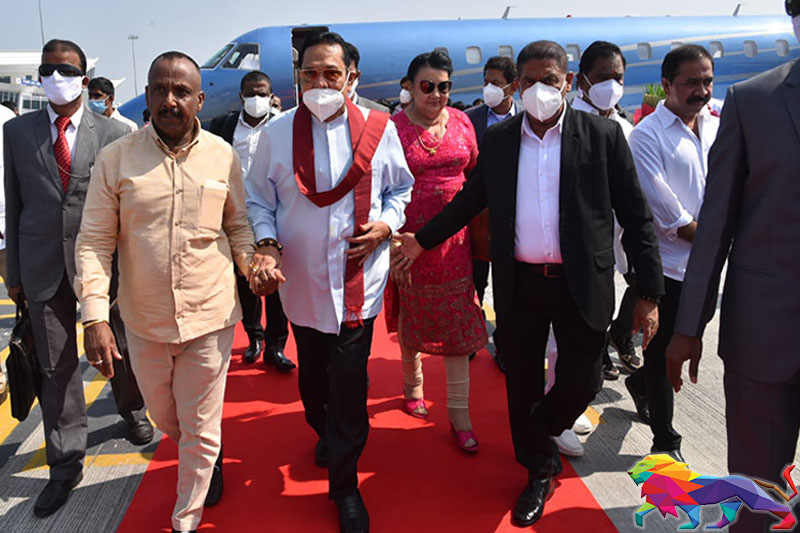 The Commission to Investigate Allegations of Bribery or Corruption (CIABOC) today (18) summoned journalist Tharindu Uduwaragedara to record a statement regarding the complaint he had filed with the Commission.

A complaint had been filed with the CIABOC by journalist Tharindu Uduwagedaraon December 31st, 2021, requesting the launch of an investigation into Prime Minister Mahinda Rajapaksa's personal trip to the Tirupati Temple in India using a private jet last year.

In a letter dated February 2, 2022, CIABOC Secretary Apsara Caldera notified Tharindu Uduwaragedara that the Commission has decided to launch an investigation into the complaint. The investigation will seek to ascertain if the Prime Minister had obtained a bribe by accepting the private jet as a gift in violation of the Bribery Act.

Several photos of Prime Minister Mahinda Rajapaksa disembarking from a blue Embraer Legacy 600 business jet at Tirupati International Airport, in line with his private two-day visit to the temple city for a pilgrimage last year went viral on social media.