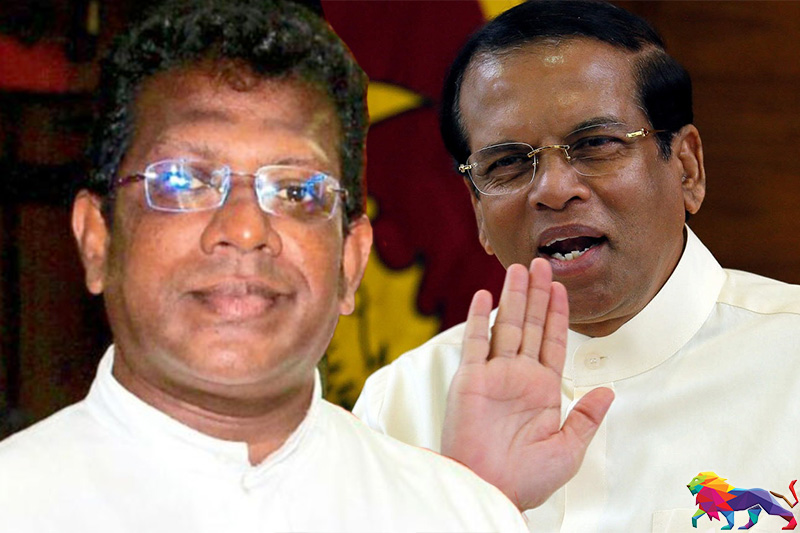 Doubts have been raised regarding the Government's failure to prosecute former President Maithripala Sirisena and his officials for failing to prevent the Easter Sunday attacks.

Rev. Fr. Jude Krishantha, the Media Director of the Archdiocese of Colombo inquired whether the Government is withholding instituting charges against the former President in order to protect the two-thirds majority in Parliament.

He made this observation after recording a statement at the Criminal Investigations Department on Thursday (17) with regard to a complaint he had filed over the 2019 Easter Sunday Attacks.

Rev. Fr. Krishantha had lodged a complaint with the CID on December 10, 2021 seeking an investigation into a statement made by Minister Prasanna Ranatunga claiming that former President Maithripala Sirisena was responsible for the 2019 Easter Sunday attacks.

Rev. Fr. Krishantha told reporters that the statement made by Minister Ranatunga was a serious allegation that should be taken seriously and investigated thoroughly as it was a statement from a prominent minister.

In March 2021, Sri Lanka's Catholic Church called for the former President and his officials to be prosecuted for failing to prevent the suicide bombings two years ago that killed 279 people.

A probe ordered by the then President Maithripala Sirisena soon after the April 21 bombings found that he and his intelligence officials had precise information from India about the impending attack 17 days earlier, but failed to prevent it.

"It is absolutely necessary to prosecute without any hesitation and further delay all those political leaders and officials... seconded for prosecution in the report," Archbishop Malcolm Cardinal Ranjith said in a statement, without directly naming Sirisena.

He said such individuals must be held accountable "for shirking their duty so callously and doing absolutely nothing to prevent the massacre."