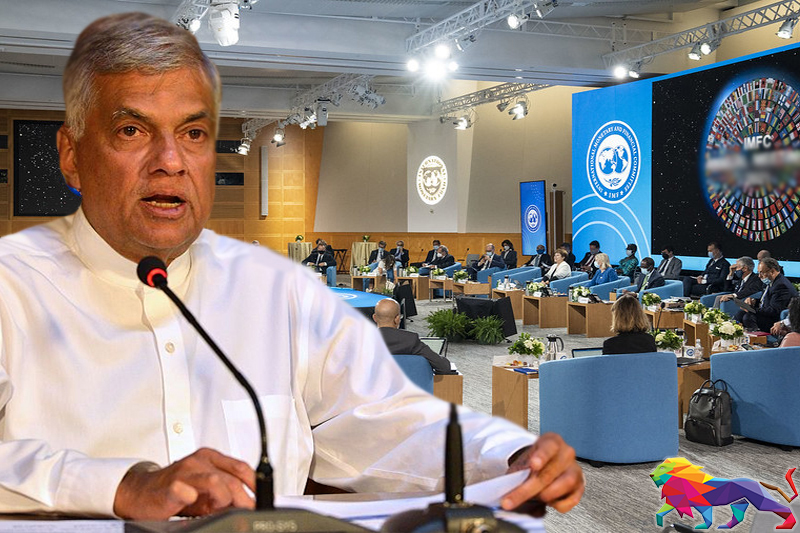 Former Prime Minister Ranil Wickremesinghe is set to make a special statement on Sri Lanka's economic crisis and the appropriate measures that need to be taken to resolve it after the conclusion of the International Monetary Fund's (IMF) Board Meeting scheduled to be held later this month.

Noting that he held a number of extensive discussions with both local and international economic experts regarding the country's economic crisis including possible measures to mitigate it, the former Prime Minister said that he plans to hold discussions with leading members of the Government and the Opposition as well as several prominent businessmen in the country in order to establish the basic contours of a national policy framework geared towards rebuilding the country.

He made these observations when a group of young civil activists called on the former Prime Minister's residence yesterday (15).

When a civil activist inquired from the former Premier as to why he had not been a signatory to the the joint statement by Opposition legislators calling for a multi-step process to be initiated towards an orderly negotiated postponement and restructure of repayment of sovereign debt, Wickremesinghe said that it would be more conducive to arrive at a collective response to find a lasting solution to the massive economic crisis facing the country today after the IMF report on Sri Lanka and the report by the Committee on Public Finance (COPF) on State debt and debt servicing is presented to the Parliament.

While commending TNA MP M.A. Sumanthiran's efforts to organise opposition parties to arrive at a common platform to discuss ways and means to mitigate the economic crisis, the former Prime Minister stressed the need for the Government and the Opposition to work in unison in Parliament to find lasting solutions to the country's multiple crises.

"National Governments not the solution"

The former Prime Minister also dismissed the concept of a national government as a solution to the multiple crises Sri Lanka is facing today. Speaking in Parliament during the Vote of Condolence on late former Minister Mangala Samaraweera last week, Wickremesinghe said that all parties should have consensus on a broad economic framework that will last for 15-20 years.

"We need to have a long term national plan to steer this country forward and to resolve our economic crisis. We don't call for the formation of a national government. There is no use. However, we need to focus on a common framework that would help build the country," he said, adding that the greatest honour we can bestow on the late Minister Mangala Samaraweera is to get together and seek solutions to our crises.