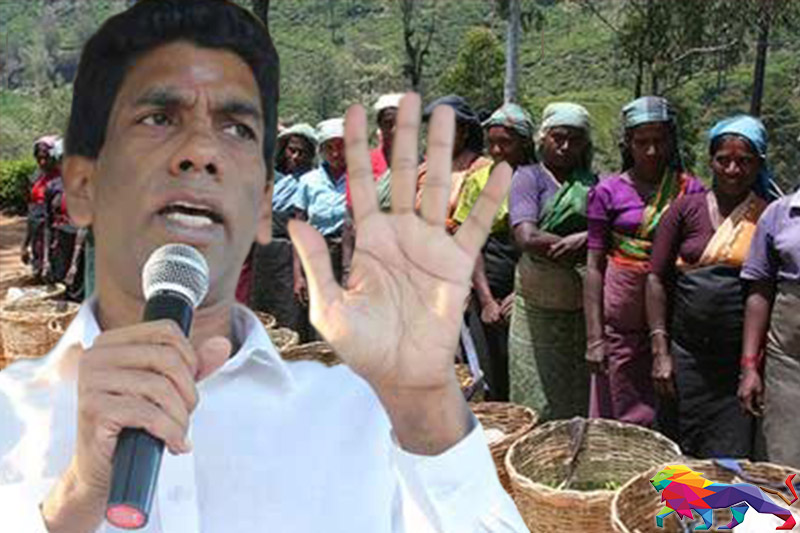 The National Union of Workers has accused the government of arbitrary land confiscation in plantation areas in the hill country under the guise of development.

“Government bigwigs in the Badulla District have laid the foundation stone to construct a building at the Passara Gonagala Estate. They are acquiring land and constructing buildings so they could evict the plantation workers who have been living here for more than half a century,” said Palani Digambaram, leader of the National Union of Workers.

Digambaram pointed out that plantation areas will be completely wiped out in the future and the workers will end up on the streets if such arbitray land grabs are allowed to take place.

Local residents who had opposed the construction of the building had earlier been threatened by henchmen aligned to the ruling coalition.

He also noted that the authorities have failed conduct an investigation into the intimidation and harassment meted out to plantation workers despite lodging a complaint with the police.

"Although the government speaks about its 'One Country, One Law' policy, there is one law for the government and another set of laws for those who oppose the government. The police do not hesitate to arrest anyone that harbours anti-government sentiments," the NUW leader alleged.

Accordingly, he called on the government to immediately stop the arbitrary acquisition of lands in the hill country.