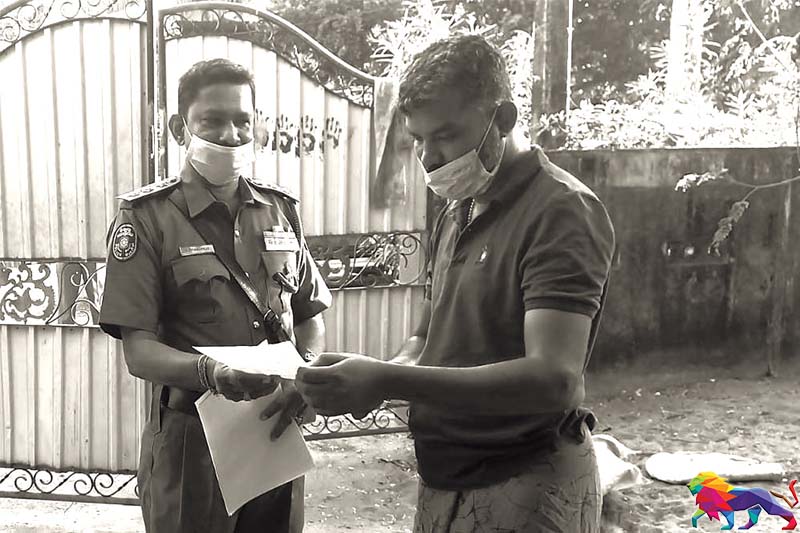 Police officers in the Eastern Province are being accused of providing false information to the Courts in order to obtain an injunction order against a local journalist, it is learnt.

According to reports, the Police had visited the home of Tamil journalist Punniyamoorthy Sasikaran on February 4, as Sri Lanka celebrated its 74th Independence Day and handed him an injunction order obtained from the Batticaloa Magistrates Court preventing him from holding a protest.

However, Sasikaran says he had not organised any protest and was therefore baffled by the injunction order.

The court order is said to have noted that state intelligence services had received "credible information" that the Tamil National Alliance (TNA) and several other organisations have organised a march from the Kallady Bridge to the Mahatma Gandhi Park in Batticaloa in protest of the 74th Independence Day of Sri Lanka.

Last year, officers from the Batticaloa police superintendent’s Special Crime Branch interrogated Sasikaran after accusing him of organizing a ceremony in January that paid tribute to Indian fishermen who died at sea in 2020, which he said he merely covered as a journalist, the Committee to Protect Journalists said.

“It’s time for Sri Lanka’s police to call off their repeated harassing interrogations of journalist Punniyamoorthy Sasikaran and allow him to go about his work without interference,” said Steven Butler, CPJ’s Asia program coordinator. “Police should not be using intimidation tactics to prevent journalists from covering protests by Sri Lanka’s Tamil community, or any others.”

Police have repeatedly interrogated Sasikaran over his alleged planning of that January event, as well as a February 3 to 7 protest calling on the government to resolve issues facing Tamils, as CPJ has documented.

CPJ said that in July 2021, officers with the Terrorism Investigation Division had also interrogated Selvakumar Nilanthan, a freelance Tamil journalist and secretary of the Batticoloa District Tamil Journalists Association.