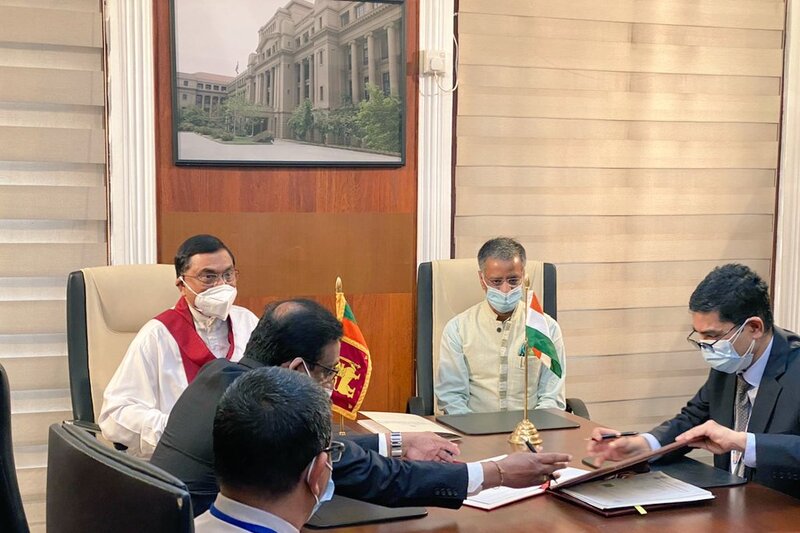 Sri Lanka on Wednesday (02) signed an agreement with India for receiving an urgent loan worth $500 million to tackle the fuel shortage being faced by the island nation over the past few months.

“A friend in need is a friend indeed! The Export-Import Bank of India (EXIM) signed the new credit-line agreement to purchase petroleum products with Sri Lanka’s Treasury,” the Indian high commission in Colombo tweeted. Both countries are also negotiating another loan worth $1 billion for Sri Lanka to purchase essential goods, officials told EFE on the condition of anonymity.

In Mid-January, New Delhi had issued a statement about these discussions after a virtual meeting between Indian Foreign Minister Subrahmanyam Jaishankar and Sri Lankan Finance Minister Basil Rajapaksa.

Sri Lanka has been facing a severe shortage of fuel due to a serious economic crisis, which has pushed inflation up to record levels and forced families to forego meals due to food shortage and high prices.

Sri Lankan authorities were on the verge of imposing planned power cuts across the country to try and control fuel consumption and had advised consumers to use electricity in moderation to ensure uninterrupted supply.

Apart from India, Colombo has also tried to approach other countries to seek help for dealing with the crisis.

Sri Lankan Trade Minister Banduka Gunawardena said earlier this week that he was holding discussions with Pakistan to obtain a $200 million credit line to purchase rice, medicines and cement.

The island reported a 14 percent inflation year-on-year in December, while economic growth for the third quarter of 2021 stood at -1.5 percent and unemployment was recorded at 5.2 percent, according to the Central Bank of Sri Lanka.

The tourism industry, one of the major foreign currency sources for the country, is recovering slowly after being hit hard by the closure of borders due to the Covid-19 pandemic.

Around 89,500 tourists arrived in the country in December 2021, much higher than the previous year, when just 393 arrivals had been recorded, according to the Sri Lanka Tourism Development Authority. (EFE)