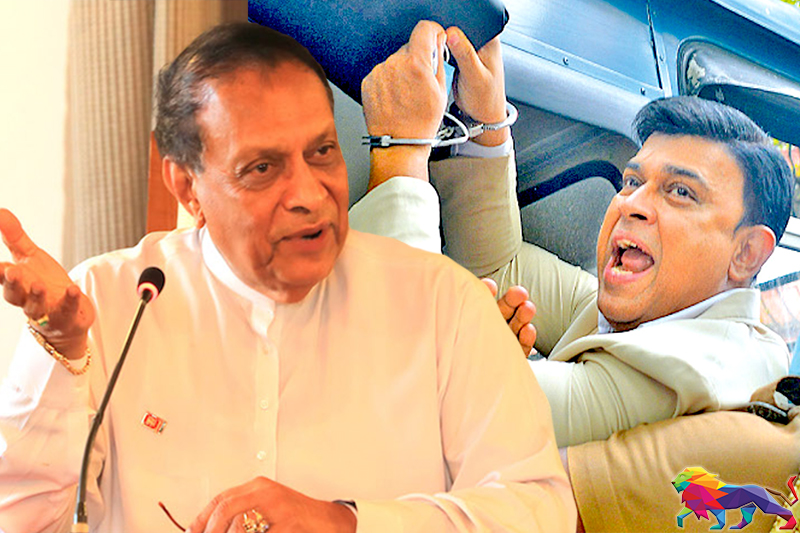 Former speaker Karu Jayasuriya has urged President Goatabaya Rajapaksa to grant a presidential pardon to Ranjan Ramanayake who was sentenced to a four-year rigorous imprisonment over the contempt of court case by the Supreme Court.

Jayasuriya, who also leads the National Movement for Social Justice pointed out that failure to do so would lead them to believe that the Government's policy on ‘One Country, One Law’ is an attempt to merely deceive the Sri Lankan people.

He made these comments at a press briefing held in Colombo today (03). The former speaker had urged the President to grant a presidential pardon for Ranjan Ramanayaka over the last few months.

"Today we hold this press briefing, on the day prior to the Independence Day of Sri Lanka. As a young school boy who once carried the national flag at the country’s first independence day celebrations, I recall that day with pride, while feeling sadness and pain for the present.

We are a nation that has regressed following Independence. However, it is futile discussing who should be held responsible and the causes for this 73 years later. Let us now discuss the future instead.

Today Sri Lanka is a country that is facing a very unfortunate situation. We witnessed it being described as a failed state in several recent foreign news reports with great embarrassment.

Sri Lanka today is not in possession of the requisite foreign exchange to import essential food items, medicines and raw materials. Instead we are fulfilling our everyday needs through loans obtained from neighbouring countries.

The public today must queue up to obtain necessities such as milk powder, rice, LP gas and kerosene oil. Discipline within the country has severely deteriorated and murders, robberies and drug use have become rampant. Bribery and corruption are taking place in broad daylight. It is also likely that Sri Lanka will have to face a shortage of fuel and face power cuts in the near future.

Public respect and trust in the Sri Lanka Police is waning as a result of the actions of politicised police officers. This is a dangerous trend that must be rectified immediately. There have also been reports of attempts to exert undue influence on the courts. Justice and fairness is a mere fallacy in a country where these incidents are allowed to take place.

Local politicians are often allowed to interfere and influence in the matters of state. This has resulted in a major breakdown of the public service in Sri Lanka which is reflected through the manner in which services are provided. Many public officials have reported such incidents to us. We believe this is also a cause for the country’s current downfall.

It also must be noted that the citizens are deeply disappointed in the state of the Commission to Investigate Allegations of Bribery or Corruption (CIABOC). They are functioning in an openly biassed manner and it has even been noted by the courts on several occasions. It is very important that high ranking members of the Bribery Commission maintain their dignity. However, public perception about the CIABOC today is largely negative.

I must stress that it is not my intention to cause embarrassment to either the President or the Government by commenting on these issues just several hours prior to the dawn of the country’s Independence Day. If we are to once again uplift this country, then at least 73 years later, we must rectify our mistakes going forward. What we have presented today is the bitter truth faced by our country.

The President and the Government can inquire the truth of what is said here from those they consider as being moderate. We must forge a new path to come out of the current abyss. We must also foster national, religious and political unity while also earning the respect of the international community. Instead various parties and persons are in a struggle to either protect the power obtained or gain political power.

In addition to the issues mentioned above, there is yet another obstacle Sri Lanka must now face. In the months of March and September, Sri Lanka will most likely have to face accusations levelled against her by the international community on the violation of human rights. If we do not successfully face this, the innocent citizens of Sri Lanka will have to face the ensuing negative consequences.

It must also be noted that the recent attack on a meeting attended by the leader of the National People’s Power Anura Kumara Dissanayake was a despicable act that must be condemned.

At least now, Sri Lanka must engage in politics based on principles.

An individual well acquainted with the President has been named as the person responsible for this incident and it has sent an ugly message to the whole country. We request that an impartial investigation is launched into the incident and necessary action is taken.

We are against terrorism. But it is also important for Sri Lanka to earn the respect of the international community. Therefore, we believe that timely steps must be taken to amend the draconian Prevention of Terrorism Act (PTA) as the misuse of certain powers in this Act for political reasons has caused great damage to the reputation of the Sri Lankan Government.

While we are pleased that amendments are to be introduced after nearly four decades, it is the public opinion that more safeguards of human rights should be introduced in addition to the newly proposed amendments. 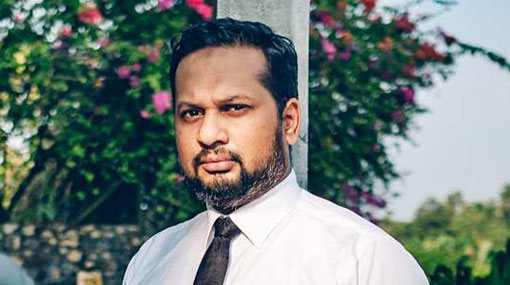 What has happened in the recent past is that this act has been severely abused for political purposes resulting in the country earning a black mark before the international community. It is a well known fact that the law was used to harass those such as poet Ahnaf Jazeem and Attorney-at-Law Hejaaz Hizbullah. These issues have been covered internationally.

Furthermore, a major criticism of the act was that the offenses under Section 2 of the Act were so broad that even a person who was involved in an act not related to any terrorist activity could also be charged with any offense under that section.

Therefore, although the offenses under the Act should be amended to be more specific and limited to matters relating to terrorism, no such amendment has been proposed by this Amendment Bill.

The bill also does not address the need to amend the provision that a confession by an individual to a senior police officer above the rank of an ASP can be used in a trial.

Also, the provision under Section 5 of the Act saying that it is an offence for a person who is aware of a person who has committed an offence or is preparing to commit an offence but fails to inform such information to a police officer is not an appropriate legal provision. However, the new proposed amendments have failed to address this issue.

By the time the Prevention of Terrorism Act was passed in 1979, it was the only law in place to prevent terrorist activities. However, there are several laws currently in place to prevent the same. Technology used by the terrorists and investigators alike have also gone through rapid changes. So have our commitments to safeguarding human rights.

Therefore, it would be more appropriate to repeal the 1979 Act and pass a new one, taking into account other existing and relevant laws that are in line with accepted human rights.

In addition to these facts, the Minister of Justice has publicly stated that the government intends to abolish the rights of trade unions. Such threats should not take place in a democratic country.

These attempts if put into action could do us great harm at the UNHRC sessions in March. Due to the great love we have for our country, we humbly request the government to not further destroy the respect and trust placed in us by the international community.

In the face of the current challenges today, Sri Lanka cannot be isolated by the democratic world. Therefore, we hope these facts are brought to the notice of the relevant authorities for the betterment of Sri Lanka and its citizens."