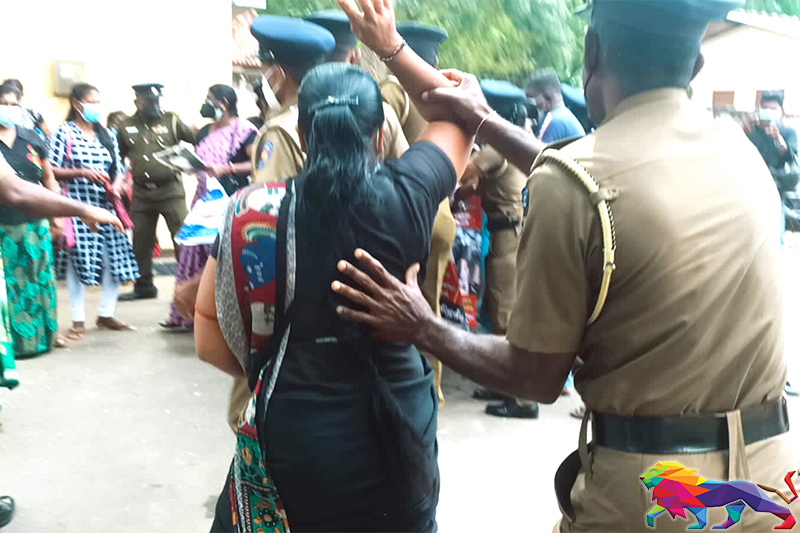 The Police have been accused of manhandling families of missing persons, especially mothers of victims protesting against a programme organised by the Ministry of Justice in the North.

The mobile programme titled ‘Path to Justice’ was launched by the Ministry, claiming it would seek to deliver justice to victims of enforced disappearances.

The inauguration event of the programme was held at the Vavuniya District Secretariat on January 26, even as protestors gathered outside to voice their dissent against it and false promises of justice given by the government over the years.

However, the group had been manhandled by Police personnel at the event and attempts had been made to forcefully disperse them.

The scuffle had resulted in several mothers' fainting and requiring medical assistance.

“We are asking for justice. Do you think we go in search of our loved ones everywhere because we have no other work?” one mother questioned.

While the relatives had attempted to meet representatives from the Ministry of Justice attending the event, they were blocked by the Police resulting in a heated arguement.