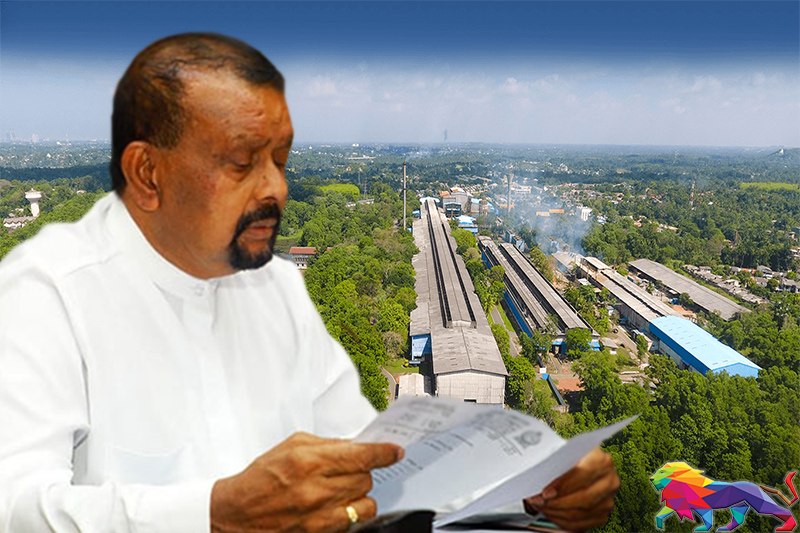 Minister of Lands S.M. Chandrasena has requested the government to transfer the 185 acres of old Steel Corporation land near Kaduwela, which is currently owned by the government, to a prominent businessman without any charge (free grant).

It is reported that the ministers have unanimously objected to the proposal submitted by Chandrasena to the Cabinet last week.

Minister Chandrasena has finally had to withdraw the cabinet paper in the face of strong opposition.

Ministers Mahindananda Aluthgamage, Vasudeva Nanayakkara, Udaya Gammanpila and Wimal Weerawansa are among those who have strongly objected to this.

Minister Basil Rajapaksa has stated that if the land is transferred in this manner, the transaction will be canceled and the land will be returned to the government as the court had earlier done regarding the transfer of the Water’s Edge land.

The Ministers also sought the views of the Cabinet Secretary on the legal status of the case.

Cabinet Secretary Donald Fernando, a veteran administrative official, had said that any government land could be transferred under a free grant only for religious and cultural purposes.

He also said that lands should be transferred to businesses on a long-term lease basis at the government's rate and not through free grants.

It is reported that Minister Chandrasena had to withdraw the cabinet paper pertaining to the transfer of the land in the face of strong opposition.