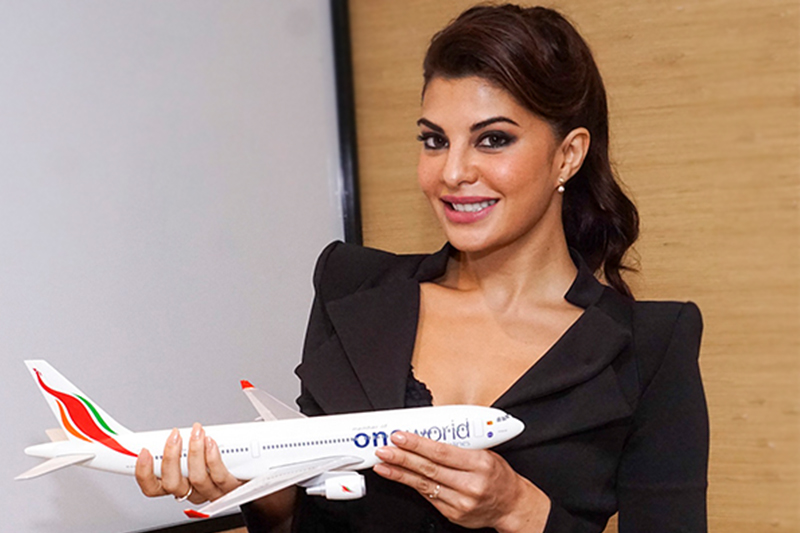 In 2016, the SriLankan Airlines top brass made a huge decision to splash the beautiful face of former Miss Sri Lanka and Hollywood actress Jacqueline Fernandez as its Brand Ambassador where the letter of agreement was signed between the airline and her on 29 July at a gala event at the St. Regis Hotel in Mumbai.

This partnership was the airline's way of boosting its image and more so its hope of skyrocketing its sales from the multiple destinations the airline flies to in India.

An excited Ms. Fernandez who at the event said it was an honour to be part of SriLankan Airlines has recently brought greater dishonour to the airline instead by being embroiled in an ugly ongoing spat with Indian law enforcement authorities over her involvement with an alleged Indian lover, convict and conman Suresh Chandrakumar over a Indian Rupees 200 million extortion scandalous racket.

Details from the investigation have revealed not only Jacqueline Fernandez but even her family members have received money from the convicted conman.

Jacqueline Fernandez is currently banned by Indian immigration from exiting the country.

Usually in similar instances when prominent sports personnel who sign up lucrative sponsorship deals with globally renowned brands and are implicated in alleged controversies, the sponsors exercise exit clauses in their contracts and pull out from their signed deal in order to safeguard and protect their brand image and reputation.

But in the instance of SriLankan Airlines, they appear to enjoy the negativity that their brand ambassador Jacqueline Fernandez continues to bring this once proud and reputed airline, by even continuing to make available all materials pertaining to her association with the airline.

Even all the videos of her promoting the airline still continue to be available on many social media platforms such as YouTube too.

The then SriLankan Airlines top brass, in a very boastful manner when signing the contract at St. Regis Hotel Mumbai said that Jacqueline Fernandez has a strong connection and passion towards Sri Lanka and her iconic profile naturally associates her with the brand of SriLankan Airlines.

It's a pity that the former management didn't realise that beauty is only skin deep, but more so, that they signed up a beauty queen who would eventually cause irreparable damage to a fledgling airline.