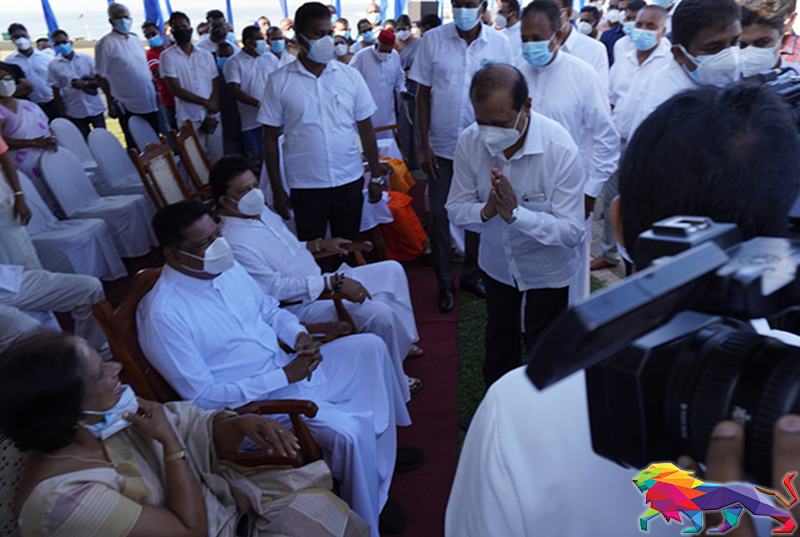 SLPP MP Susil Premajayantha, a senior politician who was stripped of his state ministry by President Gotabaya Rajapaksa attended an event held yesterday (08) to mark the 123rd birth anniversary of the late SLFP founder S.W.R.D. Bandaranaike. The commemoration ceremony was held under the patronage of former President Chandrika Bandaranaike Kumaratunga.

State Minister Vidura Wickramanayake who has been criticising government policies recently was seen in attendance together with SLPP MPs Anura Priyadarshana Yapa and Chandima Weerakkody.

Two separate events were organised yesterday to commemorate the 123rd birth anniversary of the late SLFP founder at the S.W.R.D. Bandaranaike statue at Galle Face in Colombo.

After paying a floral tribute to the Banadaranaike statue, the former President made the following remarks to the media.

Following the ceremony, organisers of the event that was held under the patronage of Chandrika Bandaranaike Kumaratunga proceeded to remove the decorations at the venue.

Meanwhile, another group of organisers, said to be those working under SLFP leader Maithripala Sirisena, arrived at the venue to make arrangements for the commemoration ceremony that was to be held under the patronage of former President Maithripala Sirisena.

Shortly after, the SLFP leader was joined by a group for the commemoration ceremony and made the following observations.