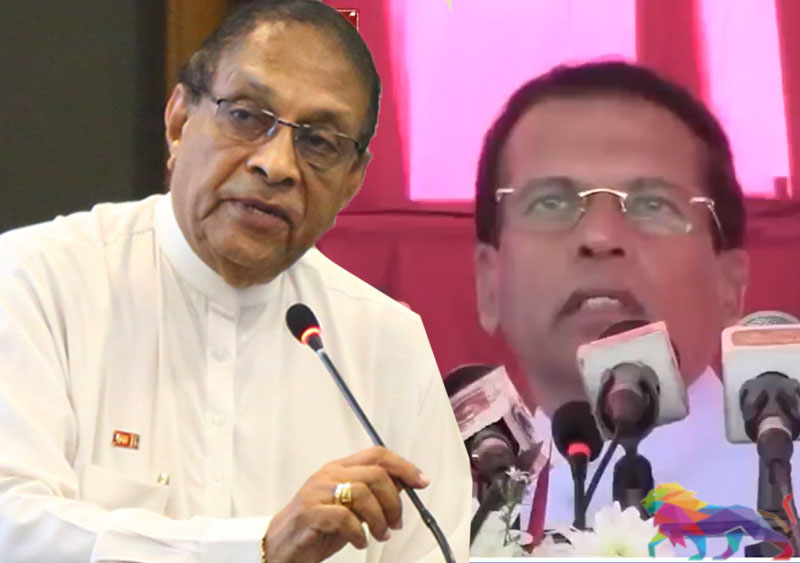 The Chairman of the National Movement for Social Justice Karu Jayasuriya has commended former President Maithripala Sirisena for pointing out the negative consequences of the 20th Amendment.

He said the influx of such ideas from a partner in the ruling alliance only empowers the efforts in defending democracy and we therefore appreciate his sentiments.

Issuing a media release yesterday (07), the former speaker said that a democratic and supreme Constitution is needed to ensure the progress of a country. He said the promise made by the President to introduce a new Constitution within a year of the formation of the government should be fulfilled without further delay.

"The Constitution must be made with the participation of the country’s people, and the government must understand that a Constitution, which is drafted without the initiative of Parliament and the people, will not be acceptable to the Sri Lankan public.

From the very day this government came to power and decided to introduce the 20th Amendment to the Constitution, we have presented before the people the damage it has done leading to the complete destruction of democracy in the country," he said.

Jayasuriya questioned the ways in which the 20th Amendment and the two-thirds parliamentary majority have benifitted the country? "Today it has proven to be a mere fallacy," he said.

He called on the government to release the promised draft of the Constitution to the country on February 4.

Noting that the President is yet to fulfil the pledge made to amend the dual citizenship clause, he recalled that it was not only a promise that was made to the public but to the Maha Sangha as well.

"We, the citizens, therefore await with high hopes until the fulfilment of these promises," he said.

The statement further said that in 2021, the country has undergone immense suffering and hardships due to the COVID pandemic.

"I do not wish to revisit the failures of the past nor criticise those responsible for the many blunders made.

I would like to note that the government's vaccination drive has had a favourable outcome and would like to express my gratitude to those who dedicated their time and effort to ensure its success. 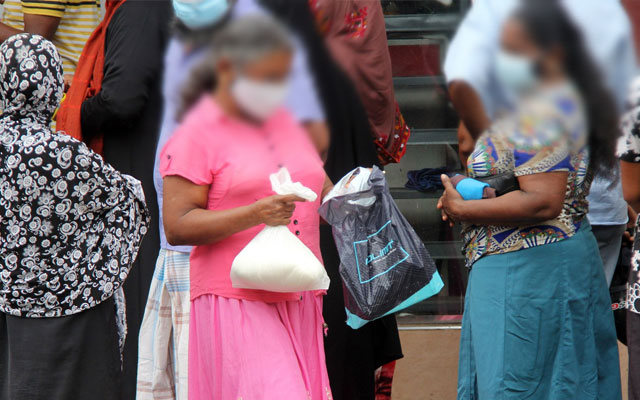 But it is unfortunate that the country has suffered major setbacks in all other areas. The cost of living has skyrocketed and unfortunately, low-income earners are struggling to provide their families with the three square meals a day.

Today, rice, sugar, milk powder, LP gas, medicines, and other necessities are in short supply. The lack of foreign exchange has also led to the complete disruption of people’s lives.

The farmers are therefore facing a dire situation today. As a result, many have already given up cultivation and farming activities.

According to experts, food production is expected to fall by 40 per cent and the signs of a great famine are now looming. A responsible government cannot ignore these grievances.

There are fears that this situation could lead to bloodshed and this could be a possibility at a time where farmers are enraged due to the many hardships they are being made to endure. Therefore, the government must pay attention to these matters.

When the use of chemical fertilisers was abruptly halted, the National Movement for Social Justice continuously raised its voice about the possible consequences. We gave voice to the opinions of the people and the farmers of this country.

Despite his initial stance, even Indian Prime Minister Narendra Modi had to bow before the country’s farmers and apologise to them. If Sri Lanka’s President had paid any attention to the voices of people who love this country, including scholars and intellectuals, this catastrophe would not have taken place.

Farmers must be treated with respect akin to Gods and should not be subjected to harassment as being done today. As a result, they are living difficult lives and are even being forced to pawn their valuables to make ends meet.

Amidst all this precious lives of humans and elephants are lost yearly due to the human-elephant conflict while reports formulated according to international standards with a view to resolving the issue continue to gather dust to our great dismay.

It is evident that these issues can be resolved through dedication and interest on the part of the government and therefore we hope due attention is paid to this issue at least now," he said.