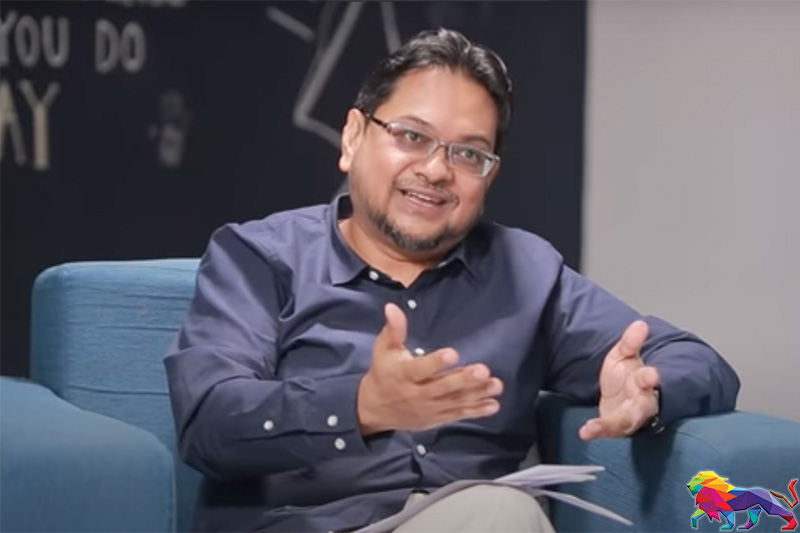 Although Sri Lanka is committed to repaying its debt, it is not committed to saving the country, says leading economist Dr. Nishan de Mel.

He made these comments while responding to 'Ada Derana' on the possibility of Sri Lanka repaying its loans in the future.

Dr. Nishan de Mel, who is also the Executive Director of Verite Research, an independent research institute and think tank in Sri Lanka said that the country shouldn’t settle the upcoming bond payment on January 18, instead must engage with the bondholders for debt restructuring.

“Debt settlement will not solve the crisis. As an immediate measure, we must go for debt restructuring and we must start now. The country will face another crisis after repaying USD 500 million. Ecuador and Argentina also faced this problem and they managed to discuss and resolve it. Our problem is that we are committed to paying off the debt but not committed to saving the country."

Participating in a programme on popular YouTube channel 'SL VLOG', he explained the rationale behind why Sri Lanka should engage with the bondholders for debt restructuring.

He pointed out that it would leave the country with foreign exchange for critical needs such as imports, which would be less calamitous than lacking dollars for imports.

Meanwhile, the Central Bank of Sri Lanka (CBSL) has taken steps to allocate USD 500 million required to settle the International Sovereign Bond (ISB), which matures on January 18, 2022. The next one worth US USD 1 billion is coming for settlement in July.

Fitch believes the Sri Lankan government will find it difficult to meet its external debt obligations in 2022 and 2023 without new external financing sources, according to its latest rating announcement on December 17.

Sri Lanka is due to repay two International Sovereign Bonds (ISBs) maturing this year and the first one worth of US $ 500 million falls due on January 18, while the next one worth of US $ 1.0 billion is coming for settlement in July.

Furthermore, Sri Lanka has to repay USD 6.9 billion in foreign debt by 2022.

Posting a message on Twitter yesterday (05), he said the Central Bank of Sri Lanka has not ordered banks to forcibly convert the balances in their customers’ forex accounts. 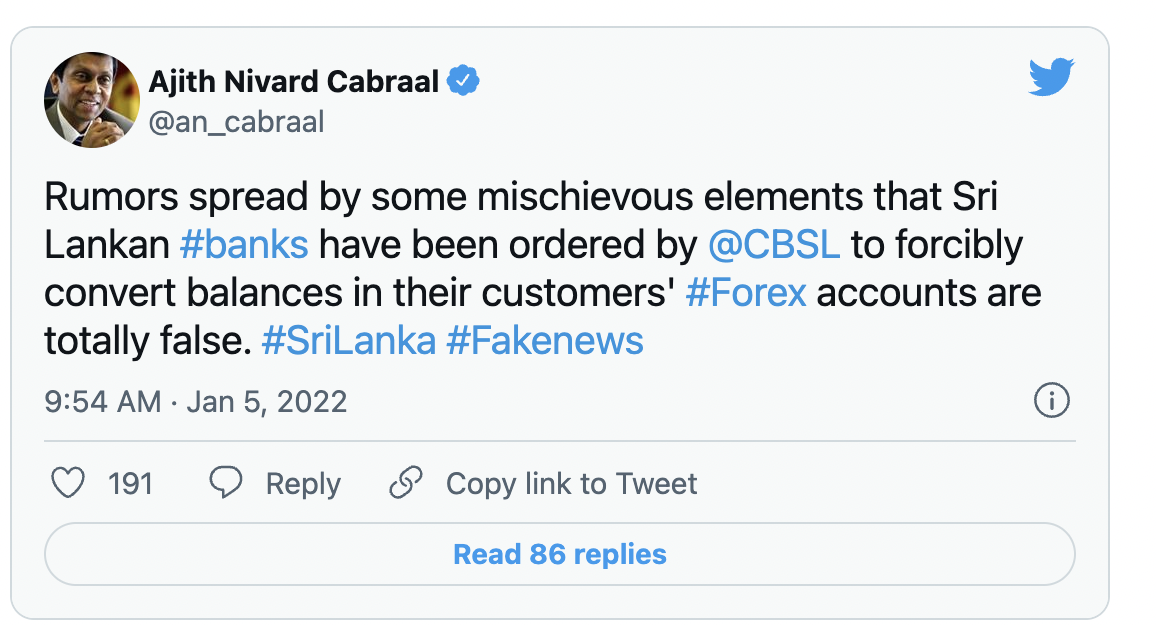