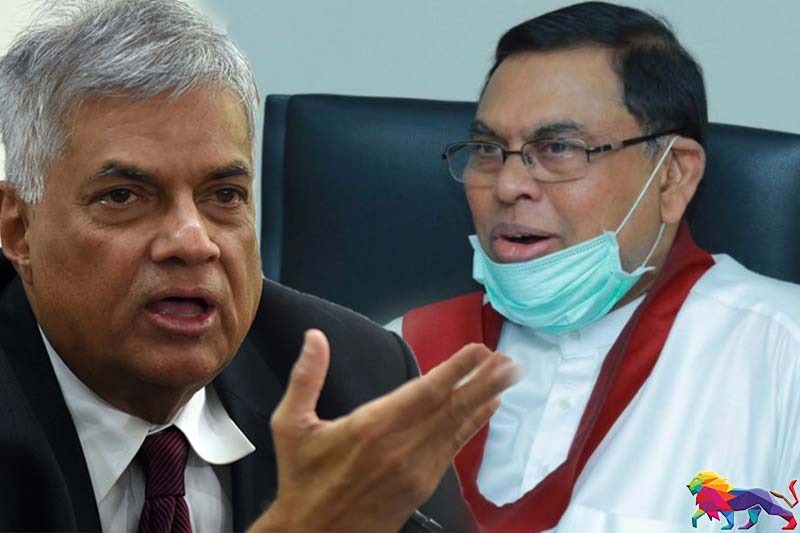 Political circles are abuzz over rumours that former Prime Minister Ranil Wickremesinghe will push for a vote after President Gotabaya Rajapaksa delivers the Throne Speech at the commencement of new sessions on January 18.

Opposition lawmakers allege that this may be an attempt by Basil Rajapaksa and Ranil Wickremesinghe to unite the ruling alliance which has splintered into various factions.

Opposition social media activists claim that even MPs like Susil Premajayantha, who was stripped of his ministerial post recently, may have to vote for the government in such a scenario. They say that the government will use this to consolidate the two-thirds parliamentary majority and show a united front to the rest of the country.

No truth to rumours!

However, when 'Lanka Leader' reached out to a spokesperson of the former Prime Minister's Media Division for comment, he pointed out that a recent letter sent by Mr. Wickremesinghe to the Speaker and the Leader of the House could have been misinterpreted which may have fueled such rumours.

Former Prime Minister Ranil Wickremesinghe, in his letter dated January 03, has requested Speaker Mahinda Yapa Abeywardena for an adjournment debate following the re-opening of Parliament January 18, 2021. He said that the practice of an adjournment debate is a practice that has been around since the 1978 Constitution came into place.

The President prorogued Parliament from midnight on December 12, 2021, through an Extraordinary Gazette notification, by virtue of the powers vested in him by Article 70 of the Constitution.

Since the Parliamentary Business Committee has been dissolved following the prorogation of Parliament, Mr. Wickremesinghe has requested the Speaker to allocate the 19th, 20th and 21st of January for the adjournment debate, the spokesperson said.

According to 33 (2) (a) of the Constitution the President shall have the power to make the Statement of the Government Policy in Parliament at the commencement of each session of Parliament, the spokesperson said, adding that according to the current practice, it is neither debated nor put to the vote. 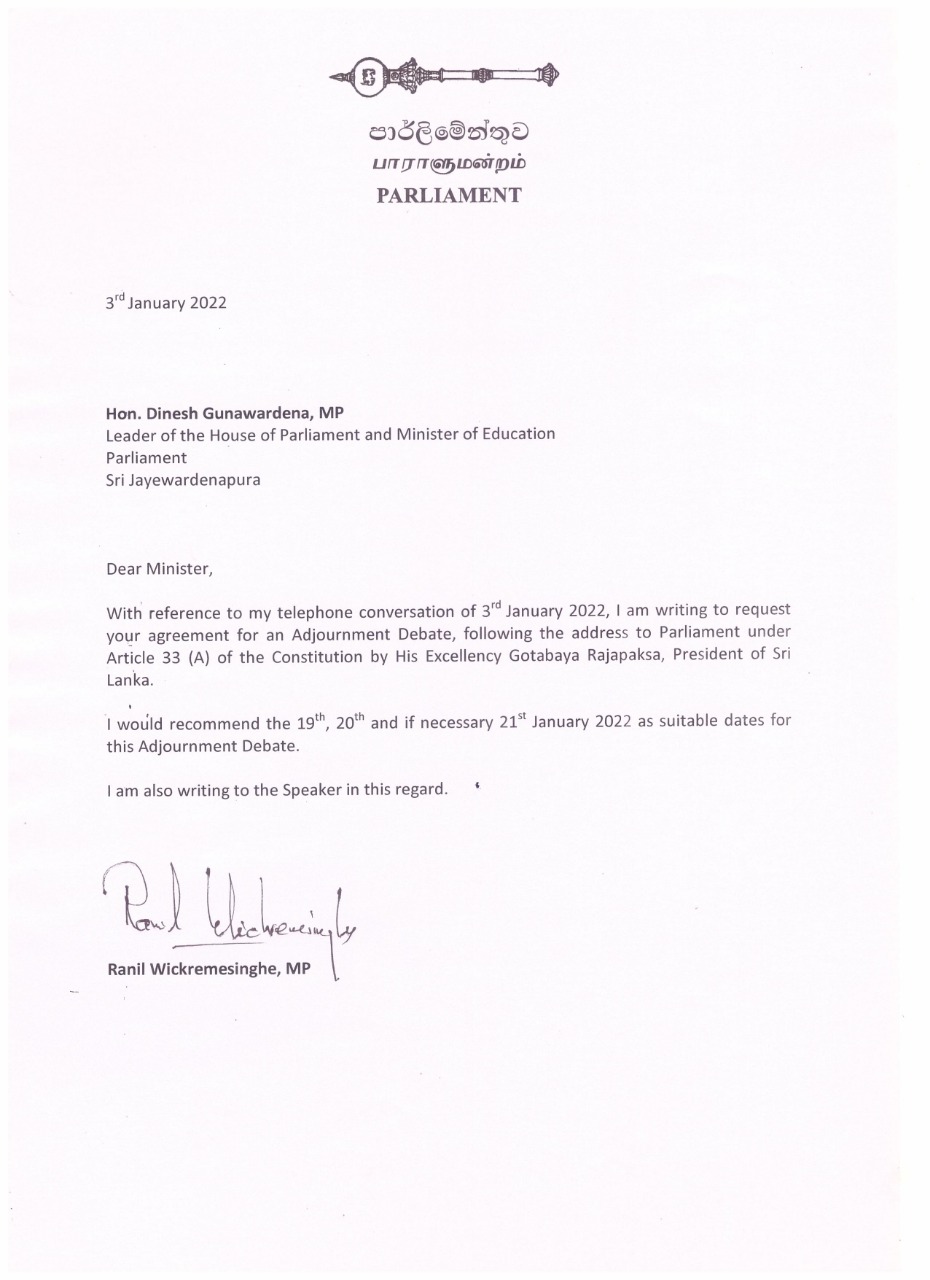