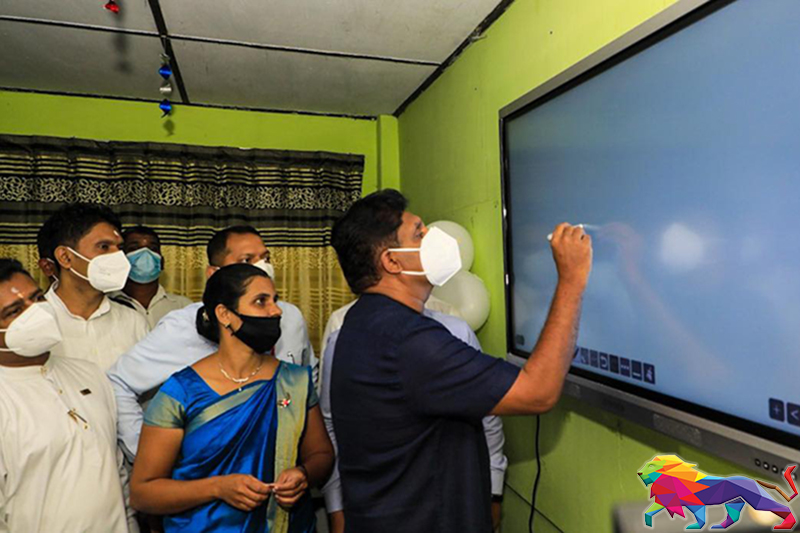 Opposition leader Sajith Premadasa said that what the country needs today is a programme that understands the suffering of the people, seeks solutions to problems and thinks about the country with a new vision.

He pointed out that the Samagi Jana Balawegaya (SJB) has designed such a  programme and that the party will be committed to building Sri Lanka as a new nation by eradicating corruption, revenge, suppression, fraud and abuse.

He noted that an IT revolution should be started in this country without restricting it to words, and added that the Sakwala project was launched as a first step towards realising it.

He made these remarks yesterday (04) at the launch of the fourth phase of the Digital Computer Screens and Computer Donation Pilot Project ‘Sakwala'. The programme was initiated as a modernist concept of Opposition Leader Sajith Premadasa with a view to creating a generation of modern technology talented children with smart skills.

Under the Sakwala programme, computer screens and brand-new computers for smart classrooms will be donated to schools, which will enable children of the nation to excel in modern education.