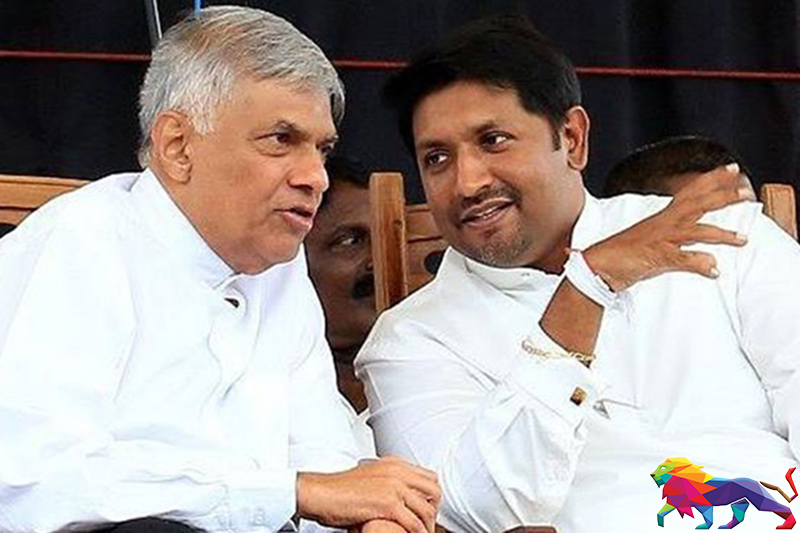 With Sri Lanka facing a multitude of crises on all fronts, highly placed sources within the United National Party (UNP) said that Party Leader and former Prime Minister Ranil Wickremesinghe has decided to contribute towards a new nation-building programme in 2022.

The sources added that Deputy Leader Ruwan Wijewardena together with the youth leadership will be handed over the responsibility of leading the party's internal affairs and programmes.

Accordingly, under the leadership of Ruwan Wijewardene, the UNP has decided to launch a nationwide political campaign from next week covering four key areas; youth organisations, women's collectives, local government bodies and membership drives at the grassroots level.

Meanwhile, UNP General-Secretary Palitha Range Bandara stated that the party has decided to hold talks with a number of trade unions, professional associations and several mass organisations in addition to political parties, on how to find solutions for the current crises in the country under the instructions of former Prime Minister Ranil Wickremesinghe.

It is noteworthy that the UNP Leader is preparing to embark on a new national programme in the backdrop of a possible national government being formed with Wickremesinghe being appointed as the new Premier.

Although there hasn't been any response from neither the President nor the former Prime Minister regarding a national government, the latter had presented various proposals over the past few weeks to overcome the economic crisis facing the country.

Releasing a video on social media last week, the former Prime Minister said the government has a responsibility to immediately go to the International Monetary Fund (IMF) and seek assistance or present an acceptable alternative.

Ranil calls on Govt. to seek IMF assistance or come up with a credible alternative as food crisis looms